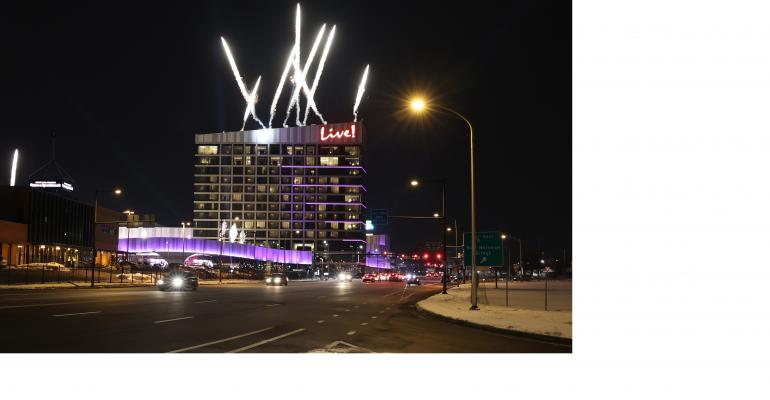 In the city’s Stadium District, a new venue can host up to 1,000 for a special event.

If your groups enjoy an evening of slots, craps, or poker when the formal meetings are over, a new hotel and gaming venue celebrated its grand opening in South Philadelphia in early February. Live! Casino and Hotel features 208 guest rooms, an event center plus five additional meeting rooms, 2,100 slot machines, and 150 live gaming tables.

The location is also a natural for groups that want to take in a professional sporting event. The hotel and casino are located in the city’s Stadium District near Citizens Bank Park, home of Major League Baseball’s Phillies; Lincoln Financial Field, home of the National Football League’s Eagles; and Wells Fargo Center, where both major-league hockey and basketball teams play. In addition, the venue is seven miles from Philadelphia International Airport.

The largest meeting space on property is the 15,500-square-foot Market Ballroom, featuring a performance stage and 18-foot ceilings. There are also two meeting rooms of 1,682 square feet, and several smaller meeting and board rooms.