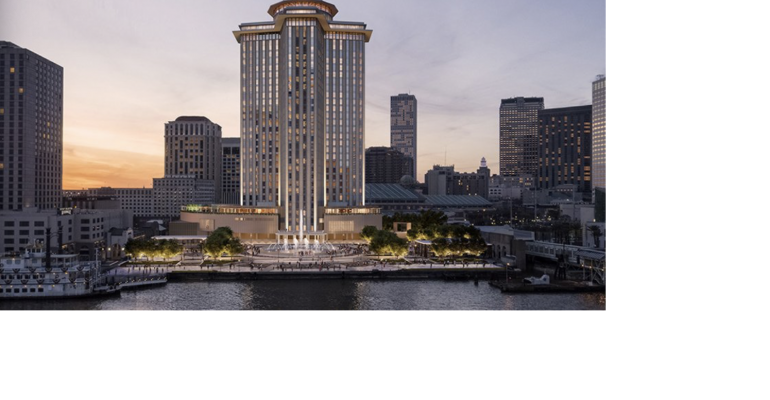 The hotel will be near the convention center and riverfront aquarium and have Mississippi River views.

Located on the former site of the city’s World Trade Center between Poydras Street and Canal Street, the 33-story, 341-room property is separated from the Mississippi River only by Spanish Plaza, a park with a large restored fountain. As a result, at least half of the guest rooms will have expansive river views.

The hotel is next to the Audubon Aquarium of the Americas and across the street from the Hilton New Orleans Riverside Hotel as well as Harrah’s Casino New Orleans. It is also within walking distance to the Ernest N. Morial Convention Center. Amenities will include more than 25,000 square feet of meeting and event space, four food-and-beverage outlets, spa facilities, retail spaces, and a rooftop pool.