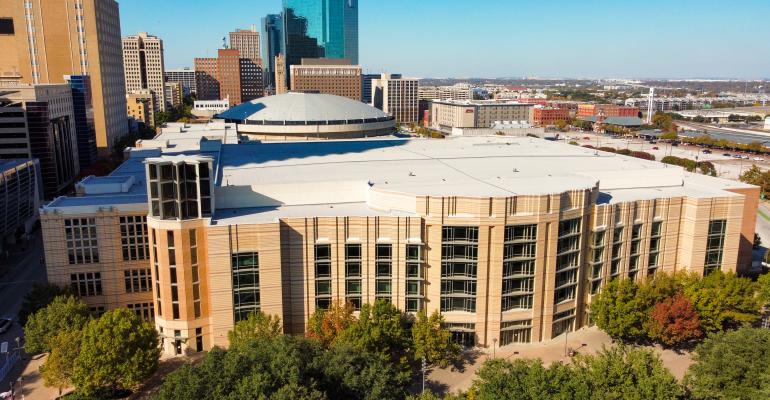 The 12th-largest city in the nation is set to add more than 180,000 square feet of event space to its offerings in the next several years.

Built in 1968, the Fort Worth Convention Center plans to start an expansion and refurbishment by summer 2023, one that city and meetings-industry officials welcome because of the wider universe of event business the project will allow the city to host.

In November 2021, Fort Worth announced plans to use $52 million in Covid-relief money from the federal government to restart a pandemic-delayed expansion of the center, which is 47th in the nation in exhibit space despite the city being the 12th largest in the country. The city also is not in the top 25 in terms of committable hotel rooms. The city has 4,000 rooms within walking distance of the center, the largest of which is the 614-room Omni Fort Worth.

However, the multi-year project that’s presently drawing bids from architectural firms will help to solve both problems. First, the city council decided that the first $52 million will go entirely towards phase one of the project, which includes the demolition of an unused annex and the creation of a huge, state-of-the-art banquet kitchen located on the second floor near the ballroom. Further, a city street adjacent to the center will be relocated to allow more loading docks to be built and create a site that will eventually see a 1,000-room headquarters hotel. The street realignment will also create the space for a transportation hub that will link the center to DFW airport.

Once phase one is finished—a presentation to the city council from last November cited the end of 2024 as the completion date, though the city would not confirm that time frame—phase two will begin. It will include the demolition of the saucer-shaped arena on property to accommodate as much as 85,000 square feet of new ballroom and breakout space plus 97,000 square feet of additional exhibit space. In total, the expansion will increase the facility’s usable square footage by 40 percent. The cost of phase two is expected to be nearly $500 million; the city will likely issue bonds that will be serviced through hotel-occupancy tax collections. Such bonds would not require voter approval.

The Fort Worth Convention Center is connected to the famed Sundance Square entertainment district and the unique Water Gardens. It lies 23 miles from Dallas-Fort Worth International Airport, a 25-minute drive.

One other recent development that association planners considering Fort Worth might want to know about: Destination-management services giant Hosts Global just expanded its Hosts Texas footprint to include the Dallas-Fort Worth metro area, complementing its presence in San Antonio and Austin.