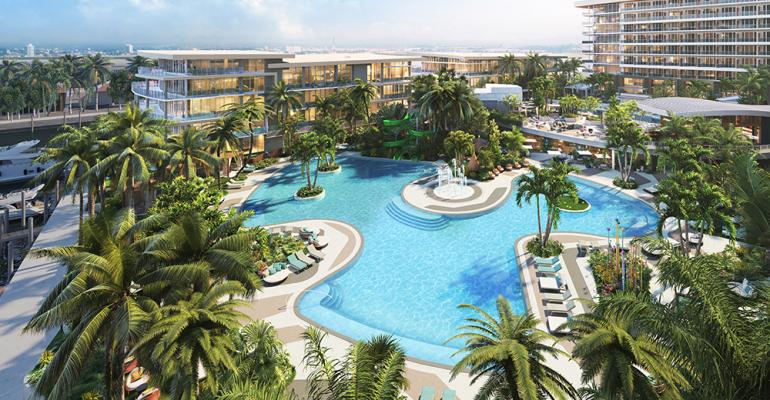 The waterfront Pier Sixty-Six Resort, closed for almost four years, is getting a top-to-bottom update, plus a new Marina Promenade development.

Pier Sixty-Six Resort in Fort Lauderdale, Fla., which has been closed since 2019, wants to get back in planners’ meeting rotation starting in 2024.

The 325-room property was built along the Intracoastal Waterway in the 1960s by the Phillips Petroleum Company. It’s now being redeveloped by Travistock Development and will be managed by CoralTree Hospitality.

The renovated hotel will have a spa, fitness center, a two-level pool area (with separate family and adult areas), and several dining outlets. The resort plans to reopen its notable 360-degree lounge, with views of the ocean, Intracoastal Waterway, and downtown Fort Lauderdale.

The property also will feature a new Marina Promenade with more than 33,000 square feet of waterfront retail, restaurant, and office space, complementing Pier Sixty-Six Marina (now open), which has 164 slips and 5,000 linear feet of dockage.

Travistock and CoralTree Hospitality also worked together to develop Lake Nona Wave Hotel in Orlando, and CoralTree manages other meeting friendly resorts such as Terranea Resort on the Southern California coast, The Woodlands Resort in Houston, and Sunriver in Oregon.