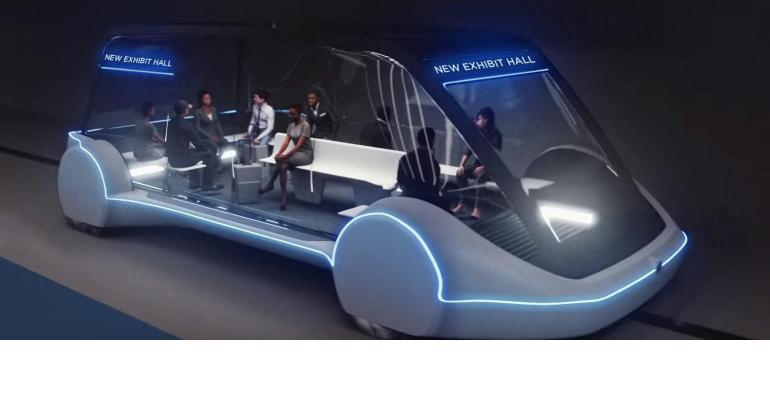 The LVCC has reached two milestones: Its expansion is 50 percent complete and tunneling has begun on Elon Musk’s underground people mover transport system.

The Las Vegas Convention Center is on track to open a 1.4-million-square-foot expansion in December 2020, after the completion of 50 percent of the construction this fall. The expansion includes a 600,000-square-foot pillarless exhibition hall—the largest column-free space in North America—and is part of a $1.52 billion project to upgrade the facility in several phases. Beginning in summer 2021, the existing 3.2-million-square-foot venue will begin a top-to-bottom renovation which should be completed in 2024, in time for the opening of The Drew, formerly The Fontainebleau. The new hotel development is expected to have 4,000 guest rooms and be connected to the convention center via a sky bridge.

This month, work began on the $52 million underground people mover designed and being built by Elon Musk’s Boring Company. A live camera feed of the tunneling project is available here and work on the twin mile-long tunnels is expected to be completed in January 2021. The project was given the green light earlier this year to speed visitors from the existing facility to the new West Hall expansion, a distance of two miles. If the three-station underground transportation system is successful, it could be expanded beyond the convention center to McCarron International Airport and downtown Las Vegas.

The LVCC currently hosts 20 percent of the 42.1 million meeting and event attendees who come to the city each year.