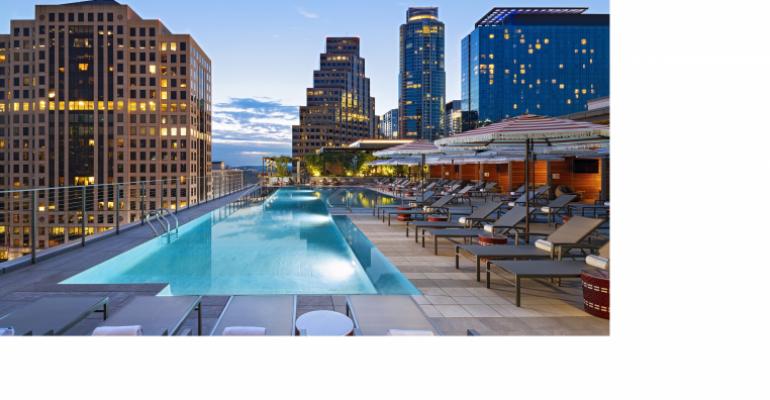 While its rooftop lounge and restaurant, Zanzibar, has been operating since last September, the new Austin Marriott Downtown just opened its 613 guest rooms and 60,000 square feet of exhibition and meeting space on March 5.

Half a block from the Austin Convention Center and less than a mile from the Texas capitol, the property boasts an 18,000-square-foot exhibition space with a 204-foot wall of floor-to-ceiling windows. It also has two 14,000-square-foot ballrooms that be can be configured into multiple smaller spaces, and 15 other breakout rooms. 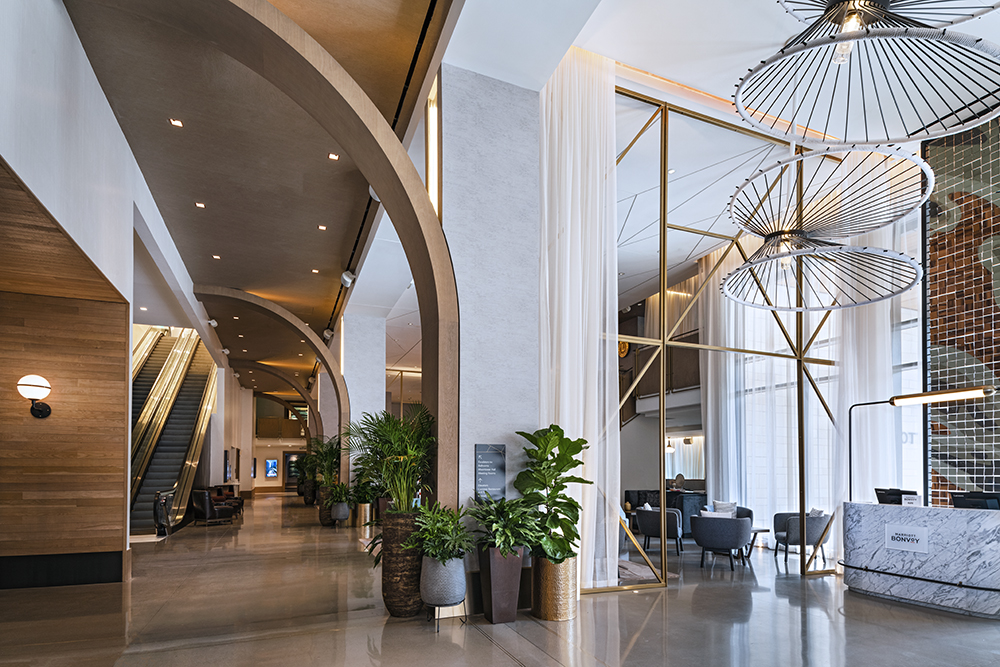 Groups will find a modern design in the 31-story hotel, with limestone and cedar accents used throughout. Sanitation features include a completely touchless check-in and check-out experience, as well as elevator and in-room television controls that function through a guest’s personal smartphone.

In addition to Zanzibar, on-site restaurants include Corinne serving American comfort food in both indoor and outdoor spaces, and a two-level cocktail bar called The Lobbyist.