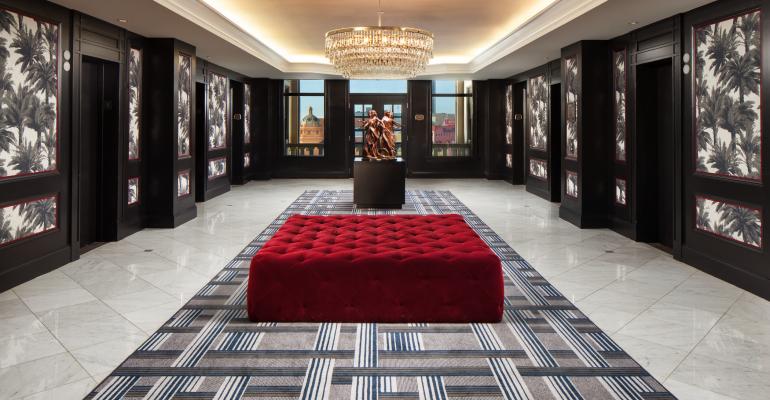 An Elegant Window on the Past in San Diego

The US Grant hotel has welcomed groups for 110 years.

San Diego’s gleaming high-rises and busy freeways bely a rich and cherished history. From the Gaslamp Quarter and Santa Fe Depot, to Balboa Park’s storied museums and gardens, the city has carefully preserved its past.

One of the city’s jewels is the US Grant Hotel, which marked its centennial in 2010. Overlooking the Gaslamp Quarter’s Horton Plaza, the hotel was erected by Ulysses S. Grant, Jr. to honor his father, President Ulysses S. Grant. Over the last century, the hotel has hosted 15 U.S. presidents and many celebrities, housed a Prohibition-era speakeasy, and, in 1979, was listed on the National Register of Historic Places.

The Sycuan Band of the Kumeyaay Nation—ironically, the original owners of the land where the hotel stands—bought the US Grant in 2003, and by 2006 had completed a much-needed $56 million restoration. An additional $13 million refresh two years ago called out elements of the hotel’s history and the owners’ tribal heritage, with artifacts and photos displayed throughout the elegant but welcoming grand lobby.

The hotel, a member of Marriott’s Luxury Collection portfolio, has 33,000 square feet of meeting and event space, ranging from intimate boardrooms to four ballrooms, spread out over several levels. The showpiece, the Presidential Ballroom, was originally an open-air rooftop garden salon that was enclosed in the 1950s. The largest of the ballrooms, it can hold up to 900 guests. At the opposite end of the hotel sits the Crystal Ballroom, once known as the Italianate Ballroom. With its travertine floor, embellished European plasterwork, and hand-painted ceiling, it can accommodate banquets of up to 150. Rendezvous, a French-inspired cocktail lounge open to the public on weekends, is also available for groups during the week.

The 270 guest rooms and suites are traditionally furnished in tones of blue, white, and gold. Each features high ceilings and plush beds, topped by an original drip-painted headboard by artist Yves Clement. Oversized marble bathrooms are outfitted with generous vanities and roomy showers or soaking tubs.

Groups will find the US Grant’s central location appealing, with the Gaslamp Quarter’s pedestrian-friendly dining, shopping, and entertainment right at its doorstep. Ten minutes away is Balboa Park, with venues like the San Diego Natural History Museum and The Prado. Ten minutes in the other direction is San Diego Bay and the San Diego Convention Center.