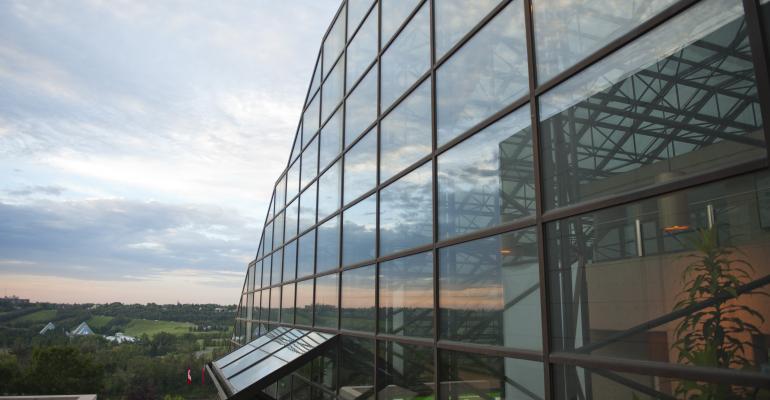 The Edmonton Convention Centre in Edmonton, Canada, is set to host its first carbon-neutral convention attempt at the end of October. SPARK 2019: Carbon Positive, Emission Reduction Alberta’s expo showcasing global clean technology innovations, is the first event to participate in the convention center’s Responsible Meetings Program and will adopt carbon calculating and reporting guidelines to document the results. The Responsible Meetings Program, launched on October 8, is designed to integrate sustainable ideas into the entire meeting planning process and provide support and incentives for environmentally responsible choices ranging from menu options and food donations to eliminating single-use plastics. The program builds on successful initiatives at the facility, such as using locally grown organic food and a rooftop apiary which provides the kitchens with 45 pounds of honey a year. After banning plastic straws in 2018, the facility has kept an estimated 253,000 out of landfills, and a partnership with Edmonton’s Second Helping foodbank has resulted in a total of 5,288 donated meals.

Formerly known as the Shaw Conference Centre, the Edmonton Convention Centre is currently renovating its signature cascading glass atrium to replace the skylights with photovoltaic panels. These solar energy-capturing cells will generate an estimated 227,000 kilowatt-hours of clean electricity a year while still allowing natural light to flood the facility and nurture the atrium plants, which offset more than 4,000 tons of CO2 a year. The $11 million project should not only reduce greenhouse gases from the center by more than 150,000 kg a year, it will also reduce running costs enough to pay for itself in 22 years.