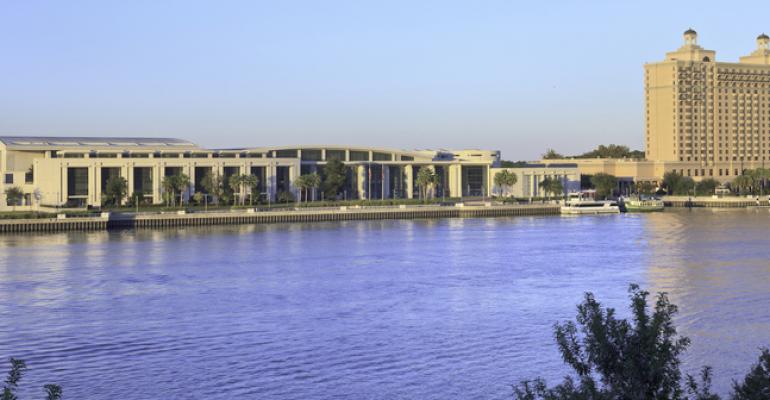 A dock and plaza on the Savannah River were damaged, rerouting ferry service between downtown hotels and the convention center.

Among the charms of holding a convention in Savannah, Ga., is the free three-minute ride on the Savannah Belles ferry across the Savannah River between downtown's riverwalk hotel district and Hutchinson Island, home of the Savannah Convention Center. That route was interrupted temporarily this week after an earthquake affected the island’s ferry dock and plaza located between the convention center and the adjacent Westin Hotel.

The magnitude 3.9 quake on June 18 was centered about 70 miles inland from Savannah. The vibrations from the event caused settling on the banks of the river, which undermined the dock area and parts of the nearby plaza. The parking garage at the Westin was also damaged.

According to a report in the Savannah Morning News, the ferry is now running on a normal schedule, but using a dock at the convention center unaffected by the earthquake. In addition, a three-mile drive, crossing the river on the Talmadge Bridge, takes attendees between the convention center and downtown attractions.