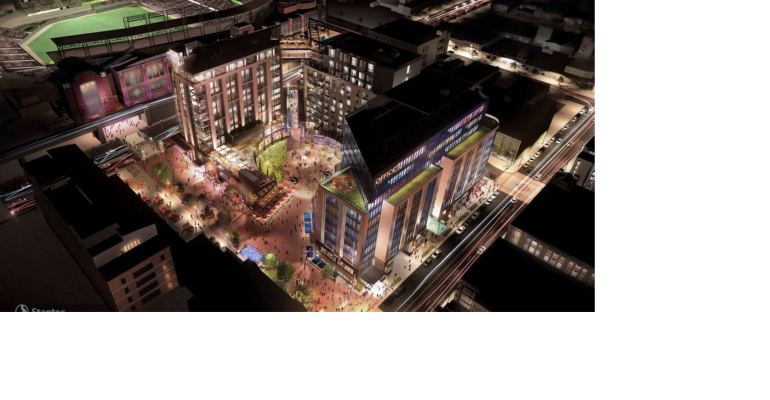 Set in a new entertainment and dining district, The Rally Hotel has 182 guest rooms and meeting space with floor-to-ceiling windows.

Coinciding with the start of the Major League Baseball’s 2021 season, a new hotel opened in early April in downtown Denver with 21,000 square feet of indoor and outdoor event space, some of which offers bird’s-eye views into Coors Field while some looks out on the front range of the Rocky Mountains.

In the city’s LoDo neighborhood and one of the first completed projects within the larger McGregor Square development that will soon feature shops and restaurants, The Rally Hotel Denver has 182 guest rooms. For VIP meeting attendees, the eighth floor—known as the Mile-High Floor because it sits at precisely 5,280 feet above sea level—offers rooms with a unique design using dark woods and shades of purple to match the mountainside forest visible from the upper floors of the hotel. 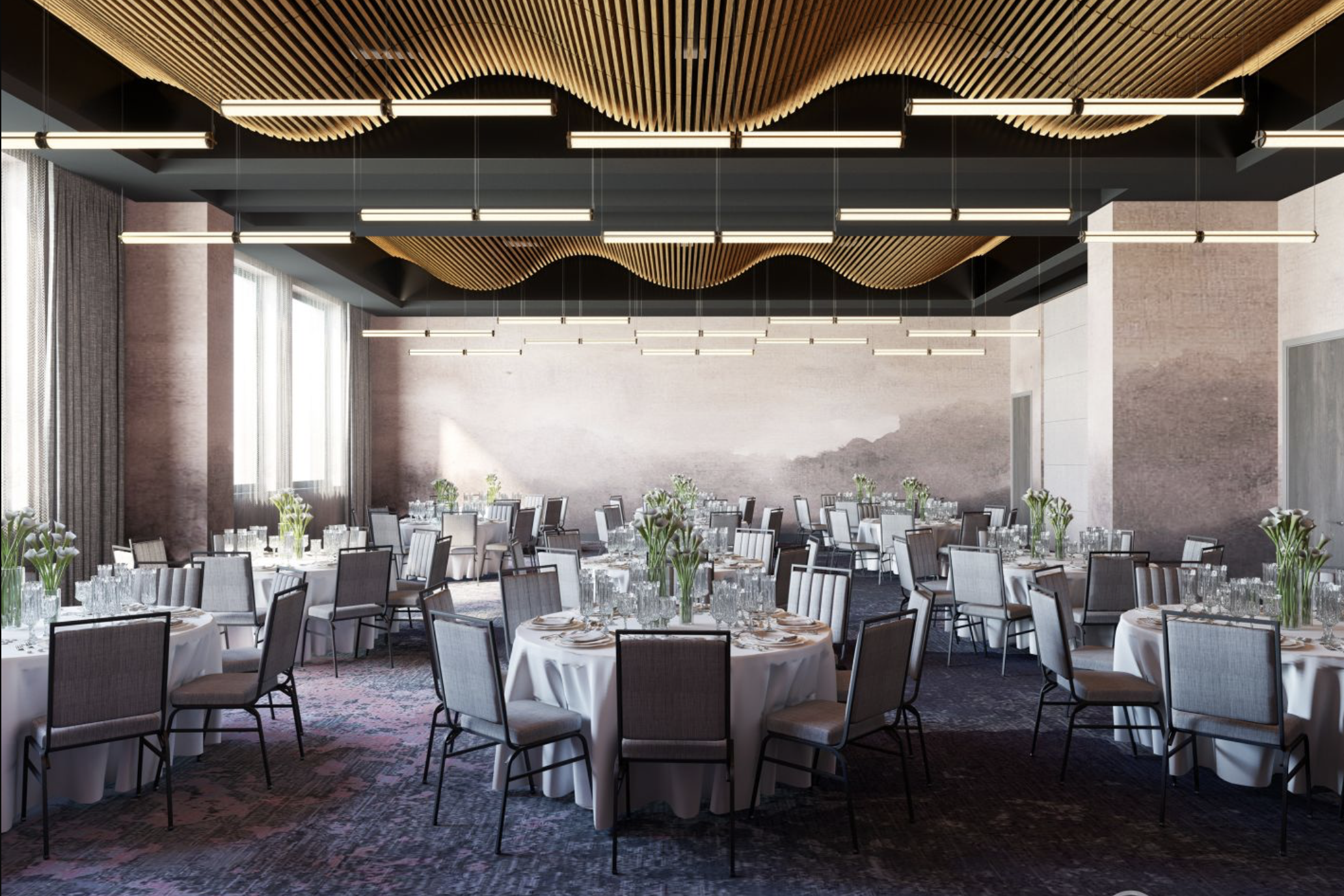 As for event space, The Rally has a 2,100-square-foot ballroom that’s divisible by two, a 1,780-square-foot ballroom, and a 740-square-foot breakout room all on the same floor. On the rooftop, there’s a 6,500-square-foot deck adjacent to the outdoor pool that can be used for receptions looking down into Coors Field, the 55,000-seat home of pro baseball’s Colorado Rockies. And just outside the hotel is a 6,400-square-foot brick plaza surrounded by a grass amphitheater, all of which faces an elevated, 110-foot-wide LED screen that can show meeting-related messaging, a sporting event, or other programming. 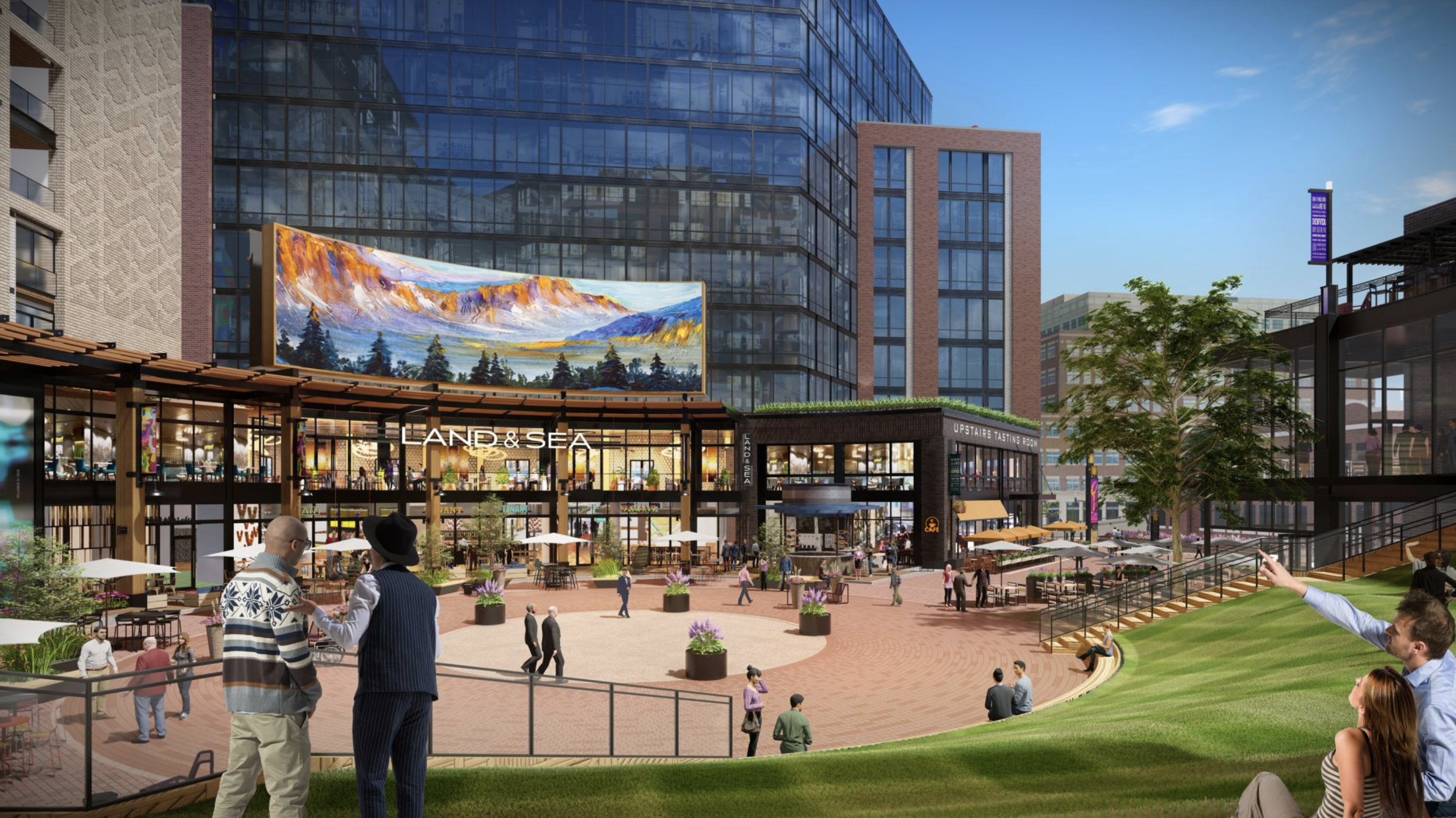 The on-site restaurant, called The Original, features offerings from classic Americana, including entrees that were common in a 1950s diner along with others that were served in elegant restaurants of the time. There’s also the Grandstand Café and The Rally Bar on the lobby level. Interesting off-site venues nearby include the Museum of Contemporary Art and the Downtown Aquarium.

The Rally Hotel is a 35-minute drive to Denver International Airport and five minutes to the Colorado Convention Center. 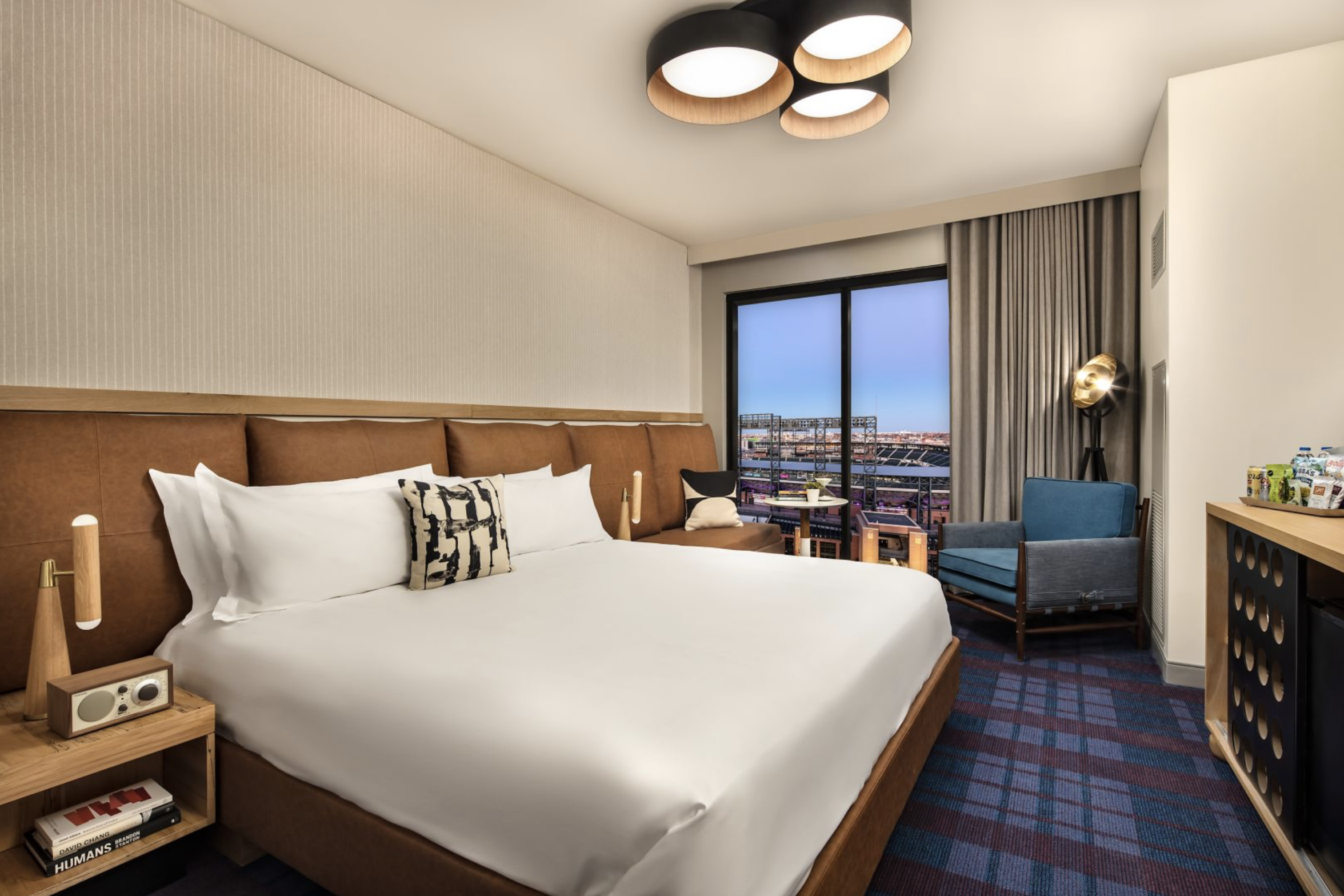