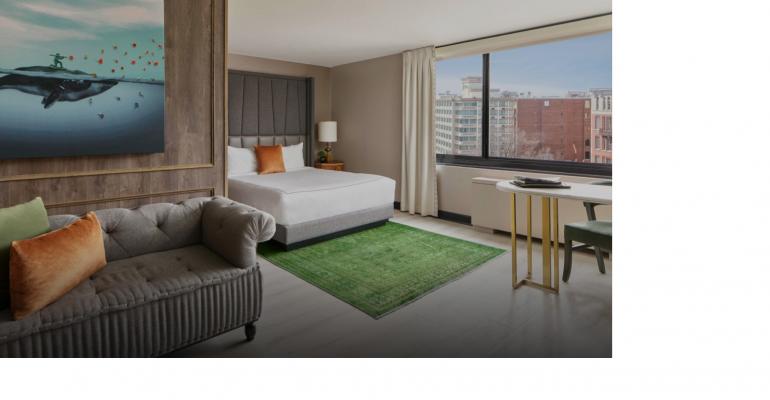 Less than a mile from the convention center, the Viceroy Washington D.C. has an outdoor patio and rooftop venue.

The first Viceroy Hotel & Resort property in the capital has debuted with 5,000 square feet of meeting space and 178 guest rooms.

With an emphasis on modern business travel, each room is equipped with an oversized desk, voice-controlled NestHub virtual concierge, and Sonifi technology for contactless sharing from personal devices to in-room TVs. The hotel also provides custom playlists that reflect the Logan Circle neighborhood’s role in the history of jazz.

The property has four indoor meeting rooms, each named for a jazz musician with a connection to the area. The Eckstein Ballroom, named for Billy Eckstine who sang with Miles Davis and Dizzy Gillespie, is 1,695 square feet, while three other rooms of more than 410 square feet apiece are named for Duke Ellington, the Taylor family, and Grammy Award winner Shirley Horn, who attended nearby Howard University. In addition, there is a lobby workspace for eight people, the Dovetail four-season patio, and Hush, a rooftop bar.

The hotel’s café, BPM Coffee and Wine, is popular with D.C. locals. The property is situated near the busy 14th Street corridor, within a mile of the Walter E. Washington Convention Center, and a few minutes’ walk from the Metro.