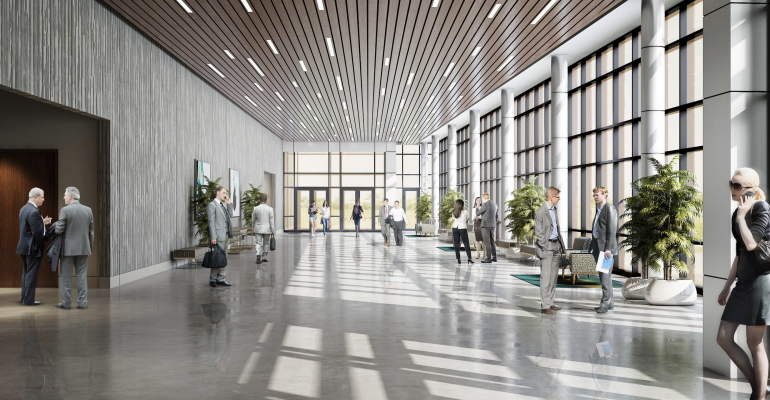 In Allen, Texas, just north of Dallas, construction is wrapping up on the city’s first four-star hotel and convention center. Expected to open in January, the Delta by Marriott Hotel and Watters Creek Convention Center is a public-private partnership between the city, Benchmark Global Hospitality, Delta Hotels by Marriott, Altera Development, and Allen Convention and Visitors Bureau.

The first new-build Delta property in the U.S. will have 300 guest rooms, but it’s the 90,000 square feet of meeting space that stands out. In addition to the 40,000-square-foot Terrell Hall, divisible into four meeting rooms, and the 12,000-square-foot Starlight Ballroom, divisible by three, the new property will have 18 other meeting rooms plus outdoor spaces for groups. An 11-foot-by-18-foot video wall is located in the outdoor courtyard and is programmable for video, Powerpoint, and rolling banner/logo presentations.

On-site amenities include a pool and patio, three restaurants and bars, free in-room and public space Wi-Fi, and bluetooth-enabled guest-room locks that allow visitors to open their doors using a smart phone app rather than a key card.