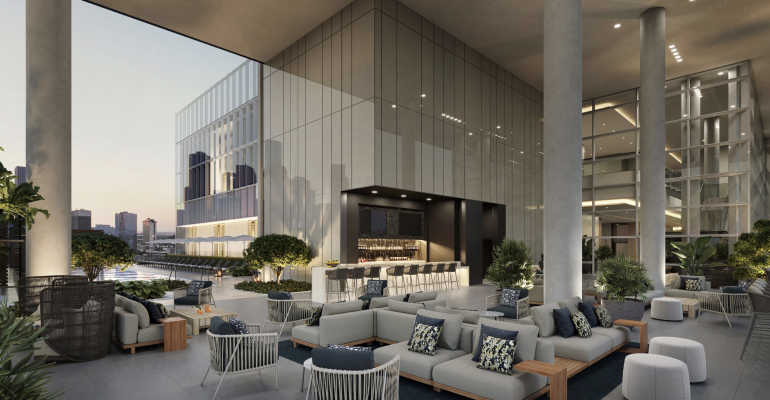 Dallas to Get Its First JW Marriott

The 23-floor luxury property going up in the Arts District is the third North Texas property from the Sam Moon Development Group.

The first JW Marriott Hotel in Dallas is on track to open in spring 2023. Located in the city’s Arts District, the 267-room property will be just a block from the Dallas Museum of Art, Nasher Sculpture Center, and Crow Museum of Asian Arts.

For convention goers, the JW Marriott Dallas Arts District is just over a mile north of the city’s Kay Bailey Hutchinson Convention Center. Of course, the property has plans for meeting space of its own. The largest rooms will be the 7,776-square-foot Harwood Ballroom, divisible into three equal spaces, and the 2,881-square-foot Flora Ballroom, which can be divided into two meeting rooms.

Four smaller meeting rooms and a boardroom round out the dedicated group space, but planners might also want to consider the hotel’s pool and deck area, which offers a terrace bar and views of the downtown skyline. 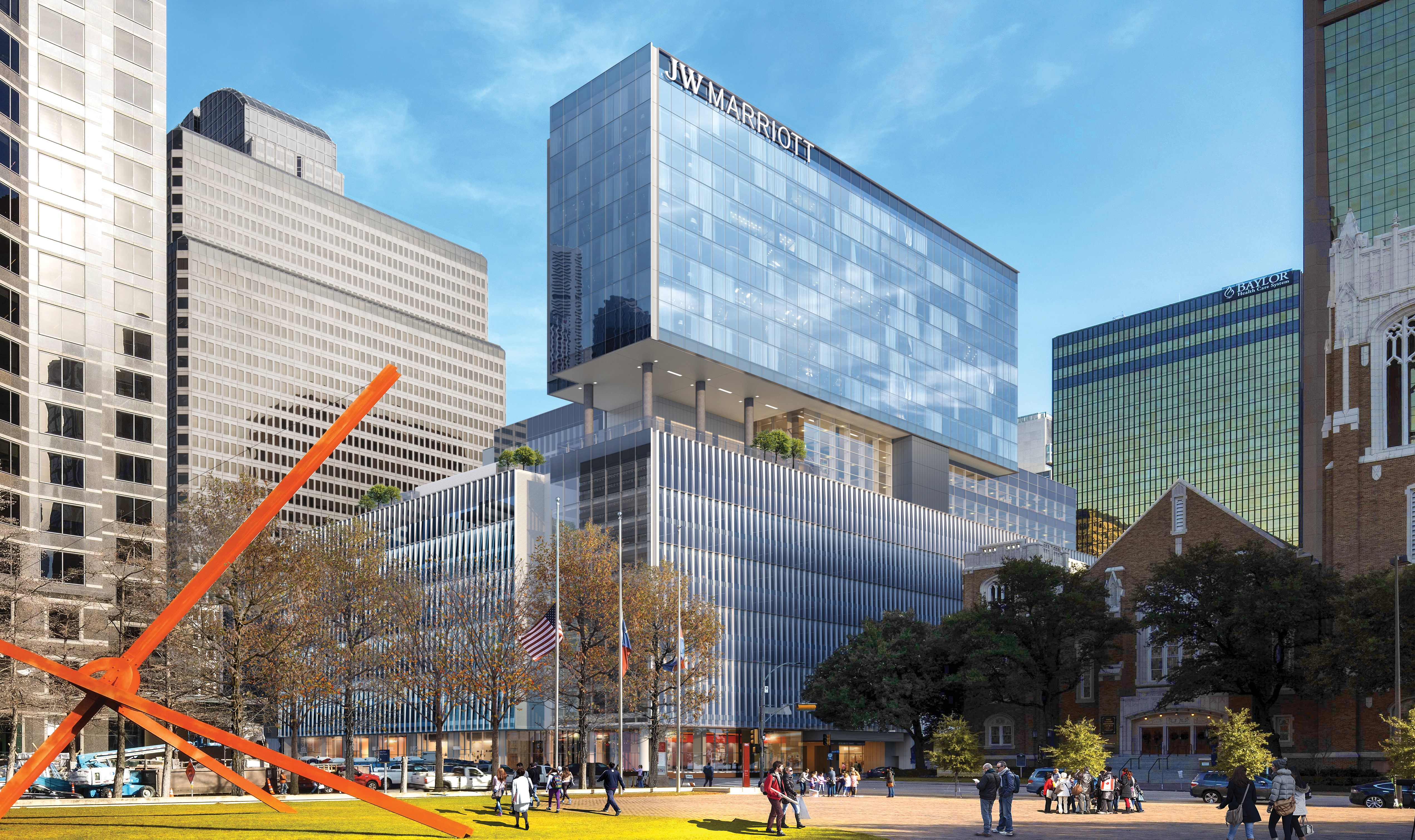 Plans for the 23-floor luxury hotel call for an entry at ground level, with express elevators that shuttle guests to the “Sky Lobby” on the 11th floor. Additional amenities at the property will include three restaurants, a lobby lounge, and a fitness center.

The hotel’s owner and developer is Sam Moon Development Group, which has launched two other North Texas properties: the 303-room Hyatt Regency at Frisco’s Stonebriar Centre, opened 2020, and the 304-room Renaissance Hotel, opened in Plano in 2017.

JW Marriott Dallas Arts District is about a 30-minute drive to Dallas/Fort Worth International Airport.