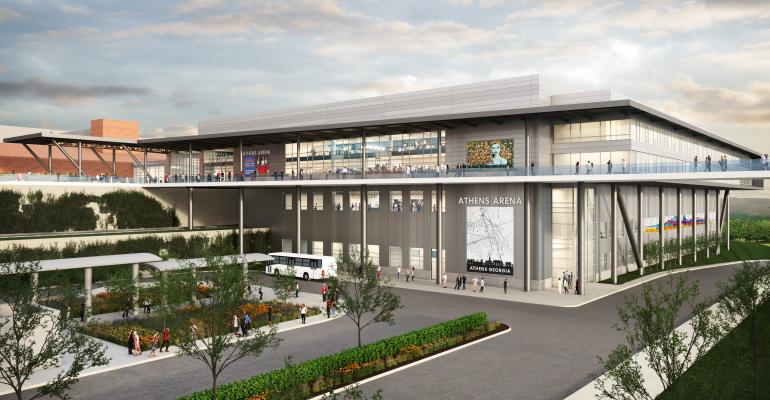 The Classic Center’s new arena is under way, with a 19-month construction timeline.

In Athens, Ga., about 70 miles northeast of downtown Atlanta, The Classic Center broke ground on a major addition at the end of April. The new Classic Center Arena will be a 5,500-seat space for hosting concerts and sporting events as well as banquets and general sessions.

The new LEED-certified building will complement the existing center, where facilities include the 18,000-square-foot Athena Ballroom, with ceiling heights ranging from 18 to 22 feet; the 54,025-square-foot Grand Hall, divisible into eight spaces, and the 2,122-seat Classic Center Theatre. There are also five meeting rooms over 3,000 square feet, each of which can be divided.

The Classic Center is located about two blocks from the northern end of the University of Georgia campus. As part of the development of the new arena, The Classic Center has established a partnership with the university, as well Athens Technical College and local career academies, to give students hospitality training while gaining college credit.

The Classic Center is a 60-mile drive to Hartsfield Jackson International Airport.