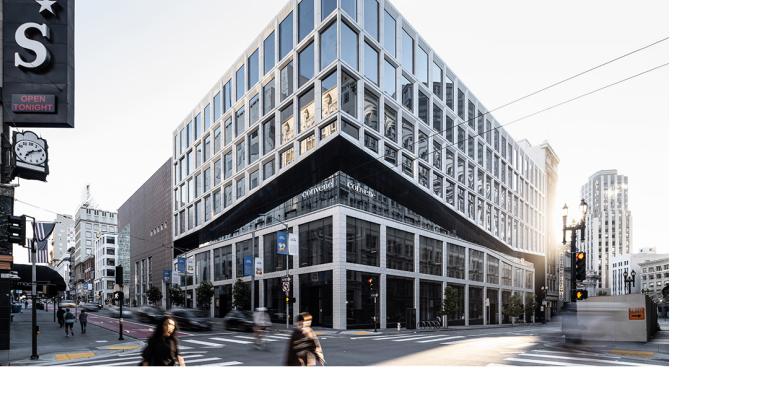 The day-meeting space provider is back in expansion mode with its first San Francisco location planned for next year.

Convene, which was forced to close many of its day-meeting facilities during the pandemic, has rebuilt its portfolio over the past year. The company’s growth includes the launch of its first non-North American location in London in May, and new plans for its first Bay Area property, expected to open before the end of 2023.

Located a block from San Francisco’s Union Square, the new Convene location will have a lobby on the ground floor of the redeveloped 100 Stockton Street building, the former Macy’s Men’s store that will reopen as a mixed-use development next year. Convene’s 65,000-square-foot space will include six meeting rooms across floors four and five.

Convene currently has 22 properties open or soon to open, including 12 in New York City; five in Chicago; two in Philadelphia; two in Washington, D.C.; one in Boston; and one in London. The San Francisco property will not be Convene’s first on the West Coast; before the pandemic it had two meeting locations in Los Angeles.

Convene at 100 Stockton is 14 miles from San Francisco International Airport.