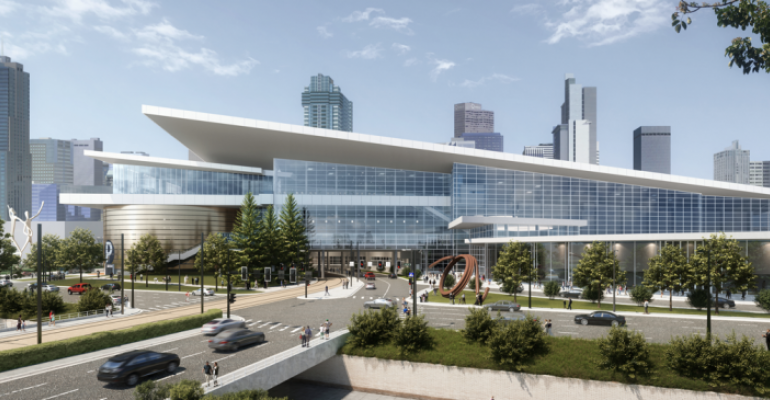 A rendering of the Colorado Convention Center in late 2023, when the expansion (upper left portion of the building) is complete.
Destination & Venue News

Colorado C.C. to Grow Both Inside and Out

By late 2023, the Denver facility will have the largest ballroom in Colorado plus a rooftop terrace overlooking the Rocky Mountains.

In May, construction began on an expansion of the Colorado Convention Center that will bring an 80,000-square-foot, column-free ballroom—the largest in Colorado—to the facility in about two and a half years. Extensive lobby renovations will also take place to seamlessly integrate the new space with the existing building, which offers 150,000 square feet of meeting space, 600,000 square feet of exhibit space, and the 5,000-seat Bellco Theatre.

In addition, a landscaped rooftop terrace with sweeping views of Denver’s skyline and the Rocky Mountains will be adjacent to the new ballroom and its prefunction space.

The project will happen while the convention center continues its regular operation. City officials expect that the new indoor and outdoor spaces could allow for as many as 25 additional events per year, generating an estimated $85 million in direct spending for Denver.