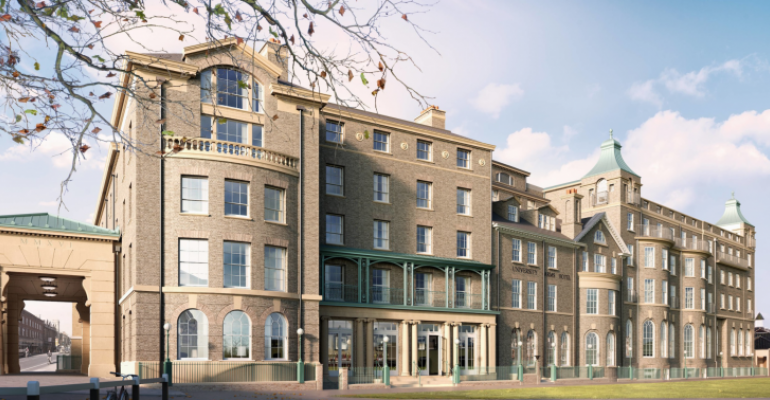 The newest member of Marriott’s Autograph brand has elegant meeting space in the heart of Cambridge.

Marriott International’s Autograph brand is expanding its portfolio of independent hotels with the addition of two recently renovated historic properties dating from the 1800s: The Grand Hotel Golf Resort & Spa, Alabama, and the University Arms Cambridge.

The 192-room University Arms Cambridge was the first hotel in the city of Cambridge, U.K., opening in 1834 with just 40 guest rooms. Located on Parker’s Piece, a public green in the center of the city, the neoclassical hotel, complete with domed turrets, has reopened after a two-year, $100 million renovation overseen by British architect John Simpson and Swedish interior designer Martin Brudnizki.

The hotel’s historic façade has been restored and additions undertaken during the 1970s are now in keeping with the rest of the building. Guest rooms feature bespoke furniture and statement light fixtures, suites have private libraries, and some suites have balconies overlooking the green. An onsite restaurant, Parker’s Tavern, which serves suckling pig and authentic English breakfasts, has been refurbished with leather seating and Cambridge-blue wall paneling. Additional amenities include a fitness center, library, and underground parking facilities.

The wood-paneled University Arms Ballroom offers more than 2,900 square feet of flexible meeting space, able to host receptions for up to 200 guests or 180 for a presentation. The room can be divided into two rooms named for Crick and Watson, the Cambridge scientists who identified the structure of DNA. 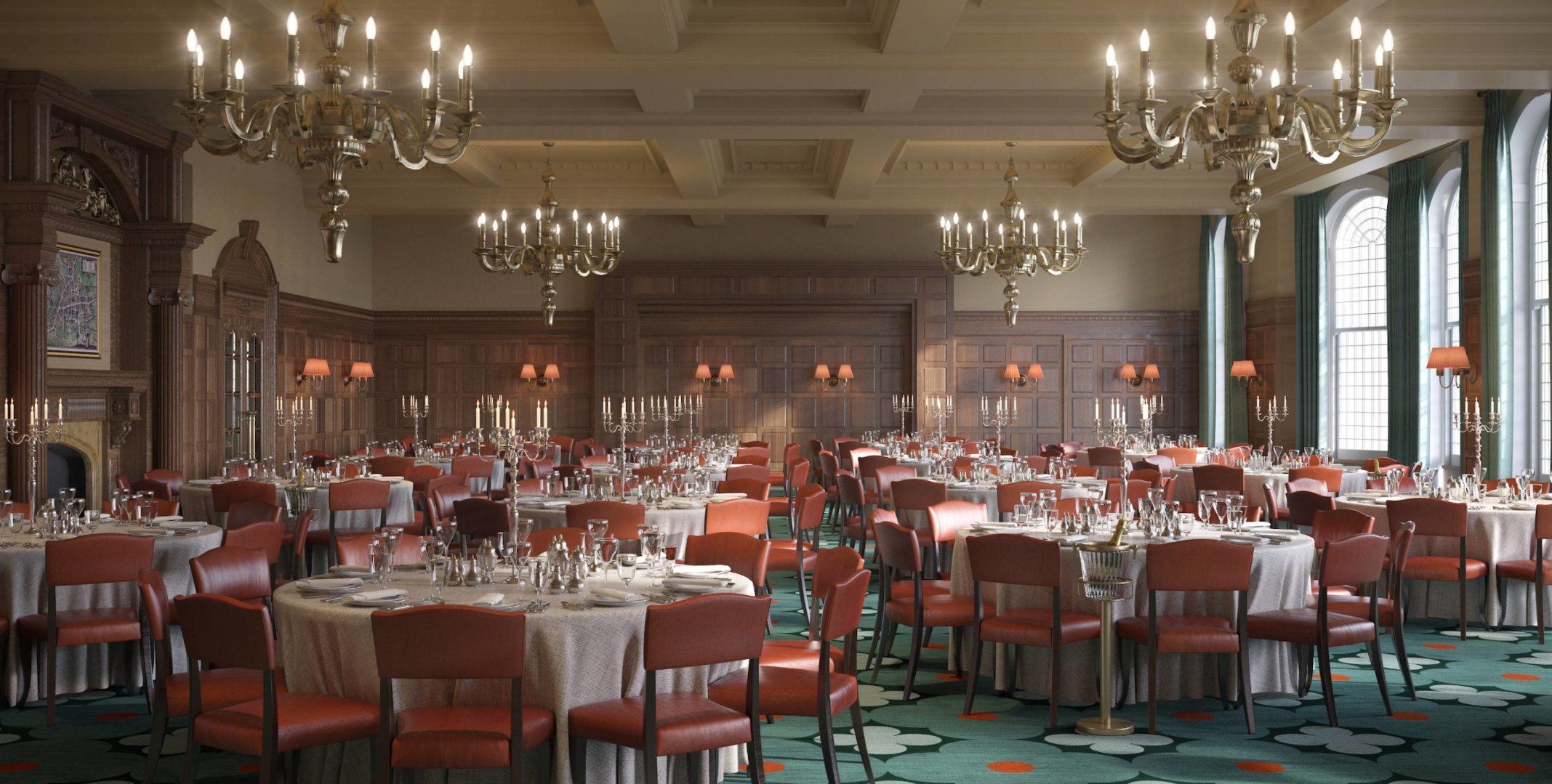