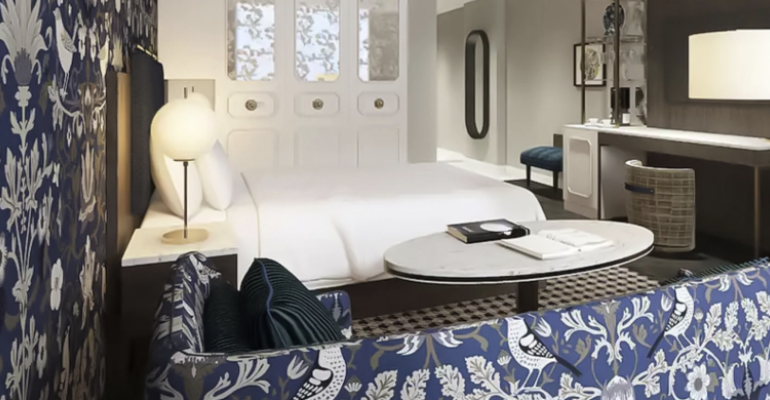 The first Marriott Autograph Collection property in Alberta claims the Irish writer Oscar Wilde as its muse, naming itself after the central figure in his novel The Picture of Dorian Gray and blending contemporary and Victorian elements in the art and décor.

The Dorian is the first hotel to be built in Calgary’s downtown in more than a decade, bringing 300 luxury guest rooms and three restaurants to the city.

The $110-million 27-story hotel offers meeting and event groups the 3,345-square-foot Lord Henry Wotton Ballroom, divisible into three spaces. Maximum capacity for the full room is 225 guests for a reception or 200 theater style. In addition, the 400-square-foot Reading Room serves as an executive boardroom for up to 12 people.

About 1.5 miles to the southeast, on the other side of downtown, is the BMO Centre. The convention facility is in the midst of a major expansion that will bring it to over 1 million square feet and make it the largest convention center in western Canada when completed in 2024.

Calgary International Airport is about 12 miles north of downtown, a 20-minute drive.