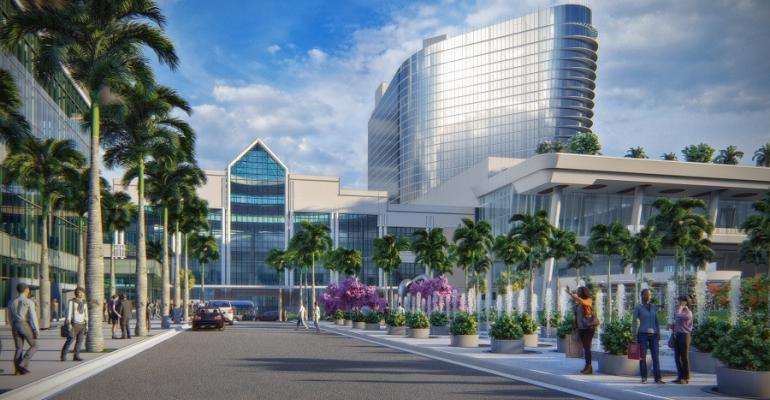 Funding has been approved to complete Fort Lauderdale’s waterfront convention center plans and a new hotel.

The Greater Fort Lauderdale/Broward County Convention Center is playing the long game. While the facility is newly expanded, its reopening in December was just an interim step toward the full vision for the venue, which is expected to be complete by late 2025.

The first phase of the $1.1 billion expansion debuted last October when the center hosted the Fort Lauderdale International Boat Show—the first event since construction began in December 2019—and showed off its expanded 350,000-square-foot exhibit hall. The convention center now totals 800,000 square feet, up from 600,000 square feet, but the work in the next phase of the project will take the total to 1.2 million square feet.

In December, Broward County officials signed bonds allowing the county to borrow $487 million to continue construction, which had been stalled because of the pandemic. 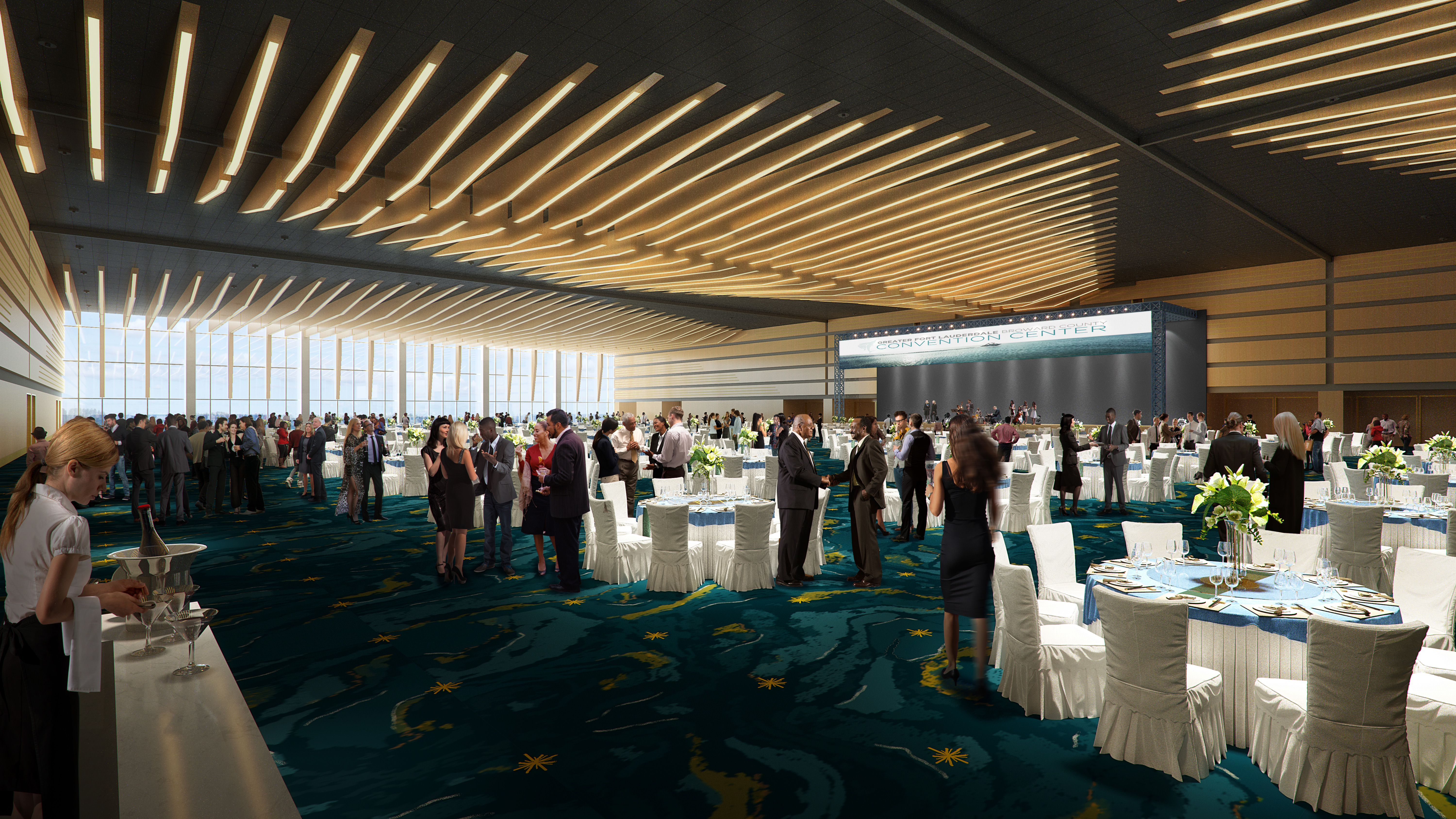 A rundown of the features groups can use once the project is complete include two new ballrooms (for a total of four), including a 65,000-square-foot waterfront space (left); 215,000 square feet of meeting space with 50 breakout rooms; 220,000 square feet of flexible space; and a five-acre outdoor plaza. 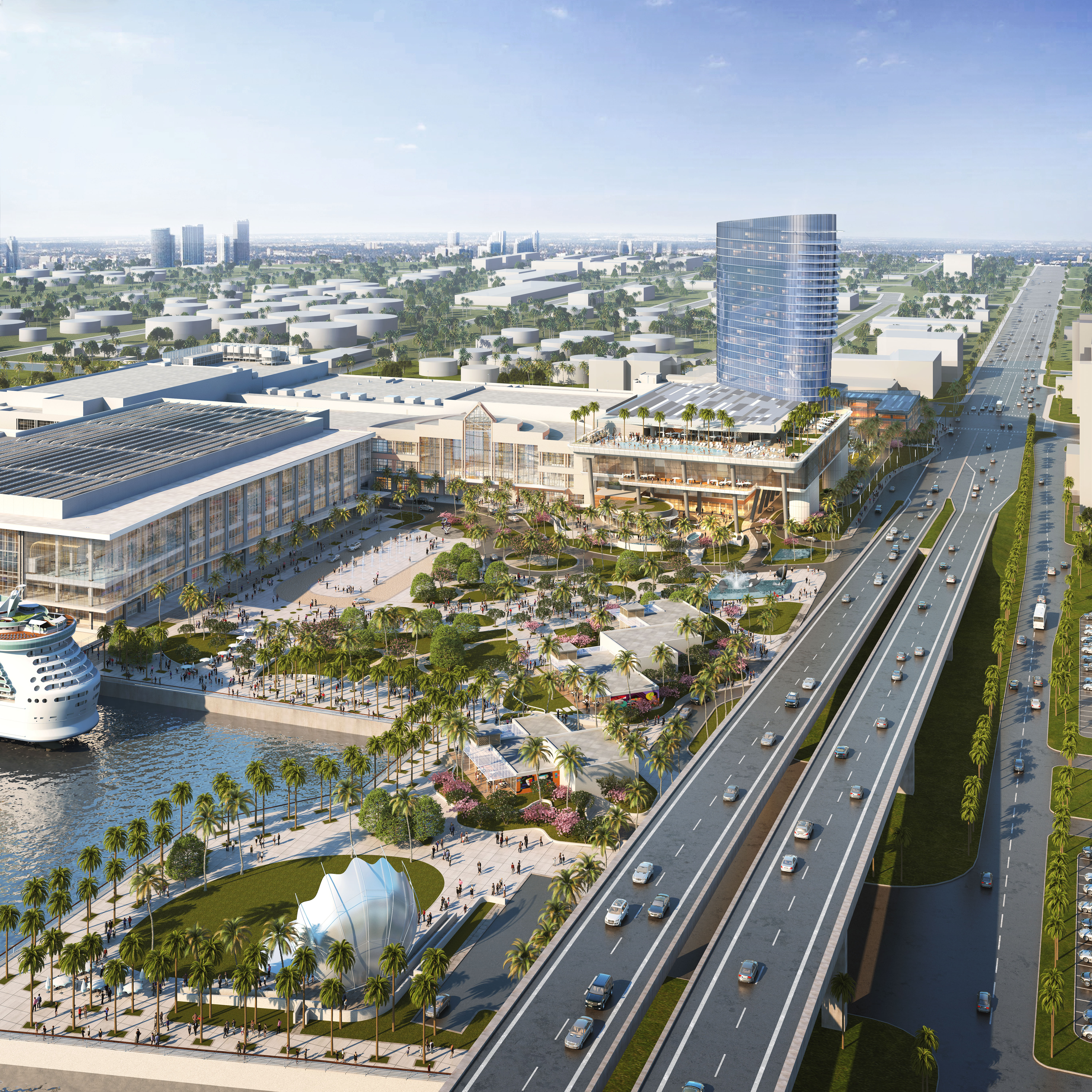 ng finalized, but the city expects there to be 73,000 square feet of meeting space at the hotel as well as attractions such as a rooftop bar, several restaurants, and a spa. Other hotels within a short walk of the convention center include Renaissance Fort Lauderdale Marina, Hilton Fort Lauderdale Marina, and Holiday Inn Express Ft. Lauderdale Cruise-Airport.

Both the convention center expansion and headquarters hotel projects aim to be LEED Gold-certified, recognizing their sustainability practices.