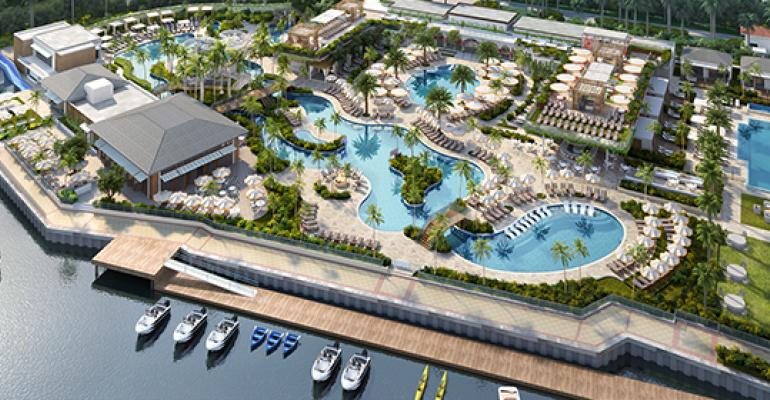 The resort, approaching its centennial year in 2026, is spending $175 million on luxury upgrades.

After more than a decade under Hilton’s luxury Waldorf Astoria flag, The Boca Raton Resort & Club is again an independent property. Now called The Boca Raton, the 1,047-room resort on Florida’s southeast coast has launched a $175 million renovation that is expected to be unveiled in phases next winter.

The property has five hotel options, and a large part of the new investment will go to the 27-floor tower hotel. A complete luxury-oriented renovation is scheduled to open in the first quarter of 2022, with plans that include flexible suite configurations and butler service.

Before then, the adults-only Yacht Club and the resort’s original structure, The Cloister, will open in late 2021. The Cloister is getting a facelift including the addition of rotating art collections. The other two hotels at the resort are the residential-style Bungalows and the resort-style Beach Club (below).

Much of The Boca Raton’s meeting space is at the 80,000-square-foot Mizner Center, home to the property’s two larg

Other on-site amenities include a half-mile beach, a 40,000-square-foot spa, an 18-hole golf course, a 32-slip marina, and a racquet club with 16 tennis courts and four pickleball courts.