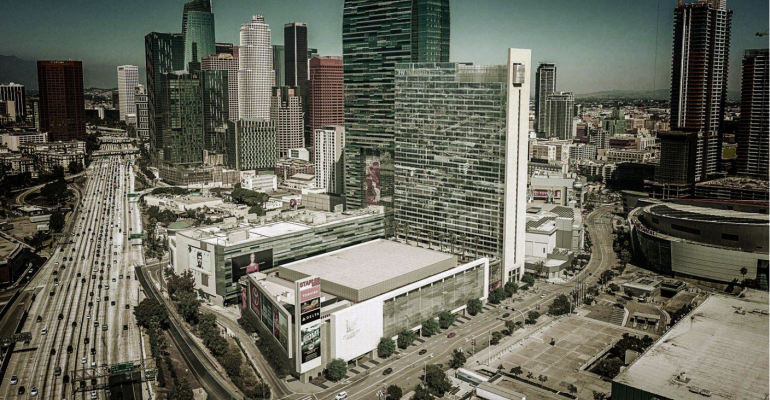 In the center, the LA LIVE entertainment/dining/hotel district, with the L.A. Convention Center and Staples Center in the lower right.
Destination & Venue News

The latest proposal delivers an enormous amount of new event space, connects two exhibit halls via an over-the-street structure, and doubles the capacity of the headquarters hotel.

The Los Angeles Convention Center, presently the 14th-largest convention facility in the United States, is aiming to move closer to the top of that list courtesy of a recent proposal by property manager Anschultz Entertainment Group. 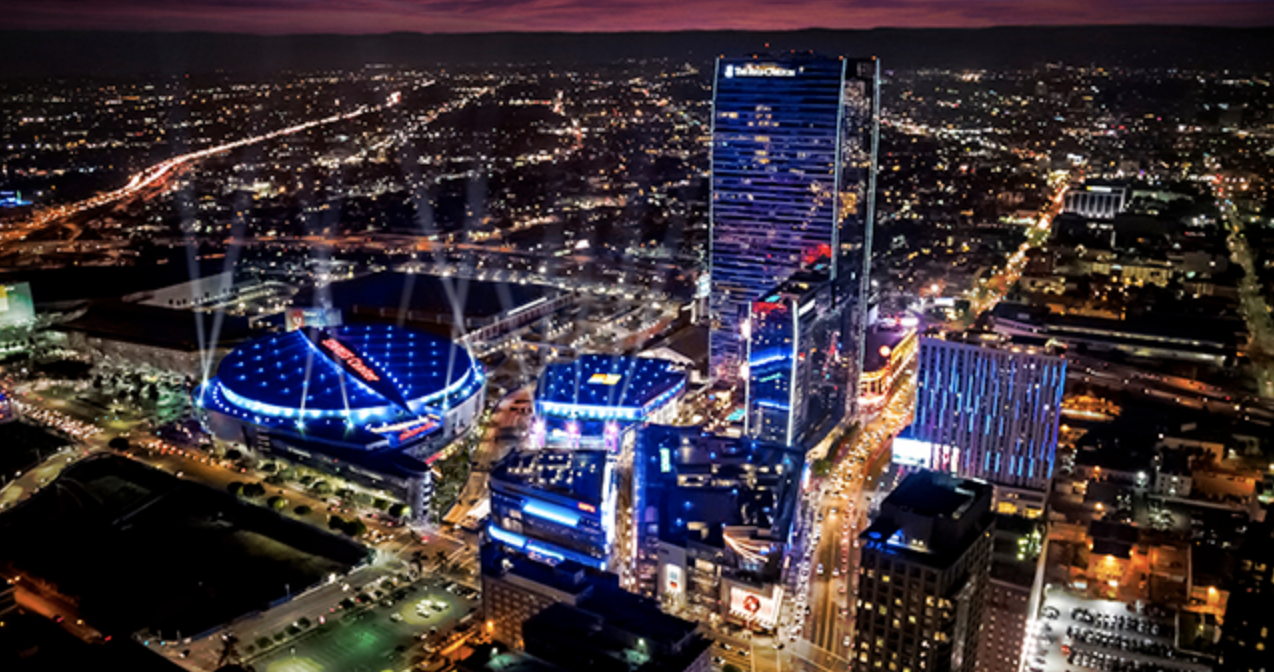 To accommodate the largest shows with more integrated space, AEG proposes an over-the-street connector to link the South and West Halls. Just outside that connector, in a space between the convention center and the 20,000-seat Staples Center, is Gilbert Lindsay Plaza. At present, the plaza is a concrete area used mostly for vehicle-passenger pick-up and drop-off. But the proposal calls for redevelopment of the plaza into a grass-covered park that can used by conventions and trade shows as a refreshment area or for exhibitor and sponsor activations.

Another transformative element of the AEG proposal: Adding 860 new guest rooms to the adjacent JW Marriott LA LIVE, which now has 878 rooms and sits in the middle of the LA LIVE entertainment and dining district (pictured here).

While the proposal is estimated to cost north of $1.2 billion, AEG is asking the city of Los Angeles to contribute about $100 million towards the development, in exchange for AEG taking a percentage of future revenue and fees generated by the facility. Since 2005, the Los Angeles City Council has given more than $797 million in taxpayer subsidies to the developers of eight hotels to draw visitors downtown, including convention-block properties such as the InterContinental Los Angeles Downtown at the Wilshire Grand, Hotel Indigo, Courtyard Los Angeles at L.A. Live and Residence Inn Los Angeles at L.A. Live.

Construction for the latest plans could begin within 18 months of the proposal's approval, according to AEG.