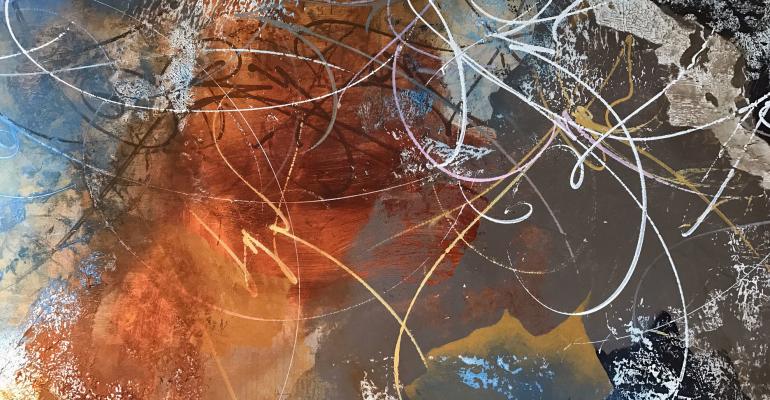 A detail from the large José Parlá mural going into the AT&T Hotel and Conference Center, Austin
Destination & Venue News

In Austin, Hotel and University Expand Together

Austin’s AT&T Hotel and Conference Center is looking at a January 2018 opening for a major meeting space expansion. The project is adding 30,000 square feet of meeting and event space, for a total of 80,000 square feet. When finished, the property will have 53 meeting rooms accommodating groups of 6 to 1,600. Located about four blocks from the Texas state capitol, the hotel expansion is part of Rowling Hall, which houses the McCombs School of Business graduate programs, for the University of Texas at Austin.

The design and architecture of the new meeting and event spaces features a variety of room arrangements and an abundance of natural light.  Perhaps one of the most striking additions to the AT&T Hotel and Conference Center will be a large mural created by the critically acclaimed José Parlá, a Brooklyn, N.Y.–based artist whose style lies on the boundary of abstraction and calligraphy. The mural, depicting Austin’s natural environment and cityscape, will occupy an expansive 4,000 square feet of wall space in the pre-function area of the Zlotnik Family Ballroom.

The property has 297 of its own, all newly renovated guest rooms, with access to 500 additional guest rooms through a partnership with surrounding hotels, known as the Innovation District. There are three on-site dining options, one of which is The Carillon, an award-winning restaurant focused on new American cuisine with a modern Texas spin. Additionally, the Innovation District offers access to a variety of museums, restaurants, retail shops, events, festivals, and nightlife.

Rowling Hall will house the expansion of the AT&T Hotel and Conference Center and the University of Texas McCombs School of Business graduate programs.