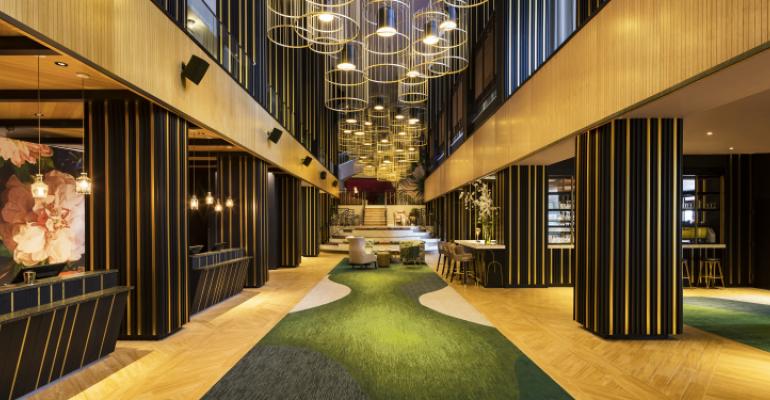 The Starling, with more than 45,000 square feet of meeting space, is now part of Hilton’s Curio Collection.

W Hotel Midtown, which opened in Atlanta in 2009, changed hands last year and was briefly known has Hotel Midtown. Now the property has unveiled a new name, The Starling Atlanta Midtown, as well as its move from the Marriott International brand to its membership in Hilton’s Curio Collection.

Located north of downtown Atlanta and just west of the city’s 189-acre Piedmont Park, The Starling has 466 guest rooms and 33 suites. The 45,537 square feet of meeting space comprises 25 meeting rooms, including a 9,400-square-foot ballroom that’s divisible and a top-floor event space with views of the city.

While the hotel had a complete renovation in 2019, with the rebranding comes a refresh of the lobby bar, Lantana, and updates for the terrace-level pool and the spa, now known as The Spa at The Starling.

The Starling is the second Curio Collection hotel in Atlanta. The Candler Hotel in the Peachtree Center neighborhood is also part of the upscale hotel brand.

The Starling is about 13 miles north of Hartsfield Atlanta International Airport and about three miles from the Georgia World Congress Center.