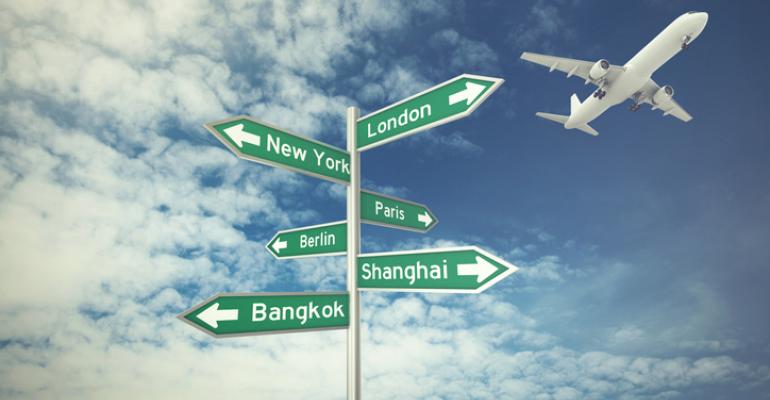 The City of Light is back at the top of the ICCA rankings.

Every year, the International Congress and Convention Association tracks the destination choices of rotating association meetings: Ones that move between at least three countries, have at least 50 participants, and are held on a regular basis. For the new rankings, ICCA captured data on 12,937 association meetings (a record) that were held across the globe in 2018. The bottom line: Paris emerged as the city hosting more events than any other, and it wasn’t even close. 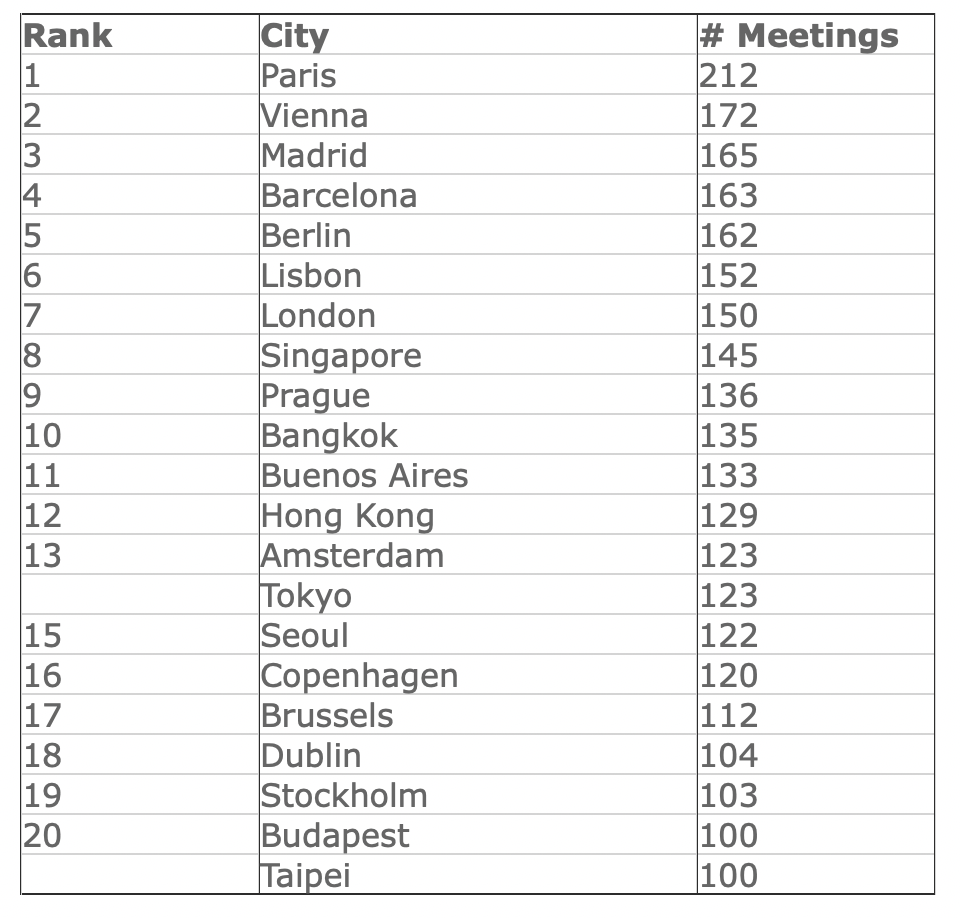 In 2018, Paris was the site of 212 rotating association meetings, outpacing the next most popular city, Vienna, by 40 meetings. That strong showing returned the city to the top spot on ICCA’s list, after falling to a shared spot at second with Vienna in 2017. Last year’s leader, Barcelona, is now fourth. Kudos to Brussels and Taipei, both newcomers to the top 20 list, and to Bangkok as well, which rose seven places from 17th to 10th. Montreal and Rome, both in the top 20 in 2017, dropped down this year.

While no U.S. city made the top 20 list, as a whole the U.S. dominates ICCA’s country listing and has for two decades. The 947 rotating association meetings that put the U.S. at number one is well ahead of the next closest competitors: Germany, Spain, France, and the U.K.