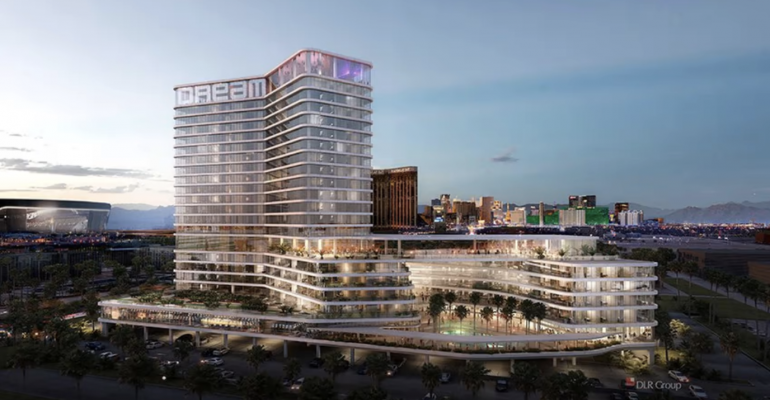 A rendering of the Dream Hotel Las Vegas, with Allegiant Stadium in left background and Mandalay Bay and the Strip in right background.
Destination & Venue News

Now set to open in late 2024, the Strip property next to McCarran International Airport will have considerable meeting and event space and be within walking distance of Mandalay Bay Convention Center.

In less than two and a half years, the meeting and convention properties of the Las Vegas Strip won’t end at Mandalay Bay Resort & Casino.

After pushing back the groundbreaking of its Las Vegas property from early 2021 to now, Dream Hotel Group was able to revise its $550 million plan to build a new hotel with 531 guest rooms rather than 450, on a parcel of land adjacent to the private jet terminal at McCarran International Airport and within walking distance of the Mandalay Bay Convention Center.

Dream Hotel Las Vegas will offer 12,000 square feet of meeting and event space, three restaurants, and four nightlife venues, including a rooftop bar and lounge with an outdoor deck. The property will also have an outdoor pool set on a third-floor terrace, a full-service spa, and a fitness center.

Acknowledging the relatively small guest-room count of the new property, David Daneshforooz, CEO of Contour, the hotel’s developer, said that “there is no shortage of megaresorts in Las Vegas. But there is a lack of boutique hotels that offer a more intimate, curated experience.”

In addition to its proximity to the airport and Mandalay Bay, Dream Hotel Las Vegas will sit between the Pinball Hall of Fame, featuring hundreds of coin-operated games from as far back as the 1940s, and the Harley-Davidson Las Vegas showroom. Both venues are available for private receptions. The hotel will be two blocks from Allegiant Stadium, home of the Raiders pro football team, and a five-minute drive from T-Mobile Arena, home of the Golden Knights pro hockey team and the site of large concerts. 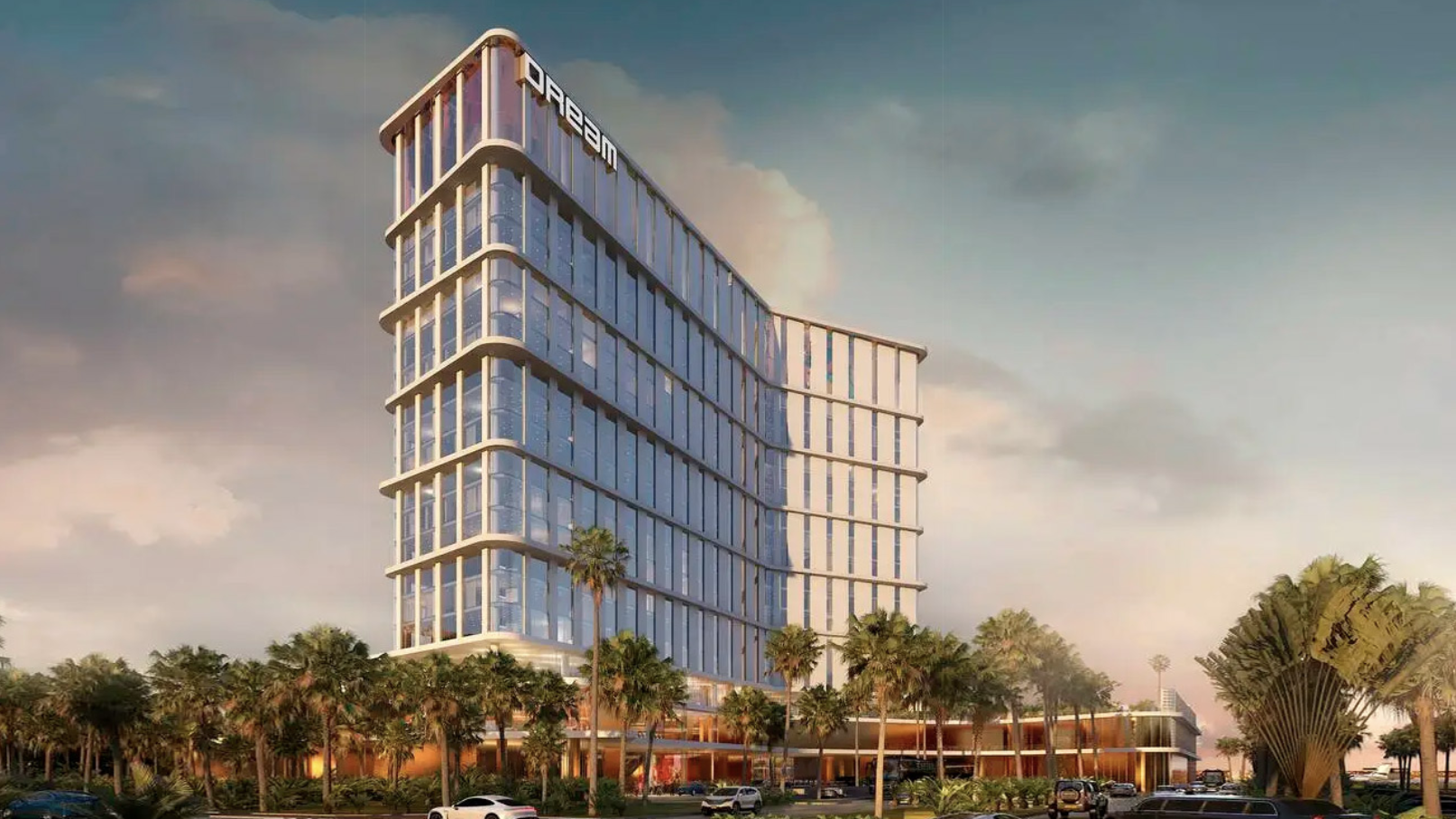