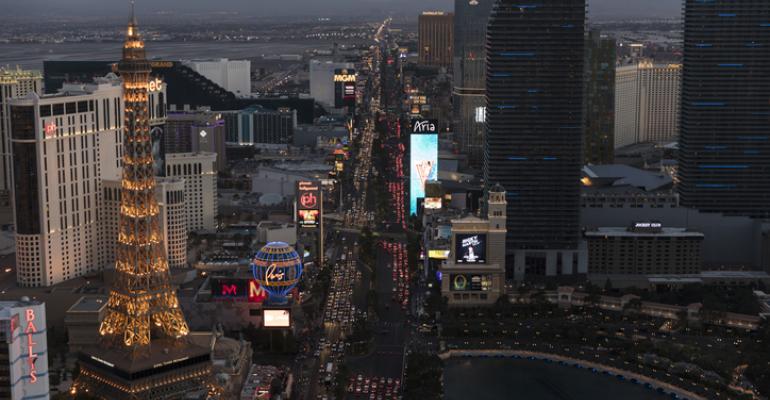 Beyond the Mandalay Bay Resort and Casino at the top of the photo is where the OVG hotel and entertainment project will be built.
Destination & Venue News

Oak View Group plans on building a meetings-friendly hotel in a new entertainment district south of the Strip that resembles L.A. Live in downtown Los Angeles.

Real-estate development and facility-management firm Oak View Group has released more details on the 25-acre project it will soon start on Las Vegas Boulevard less than two miles south of Interstate 215—the southern boundary of what’s known as the Strip. Among those details are the name of the hospitality veteran overseeing the hotel and 20,000-seat arena portion of the project, a bit about the meeting space the hotel will offer, and the planned Los Angeles-to-Las Vegas high-speed rail line that will come directly to the new entertainment hub.

The $3.2 billion district will feature the OVG Las Vegas Hotel & Casino and the arena plus a live-event theater, restaurants, and entertainment attractions; most of these elements are scheduled to be completed by early 2026. The 2,000-room hotel will be high-end and deliver “a boutique experience,” according to Randy Morton, the former president and COO of Bellagio Las Vegas who OVG recently tapped to oversee the hotel and arena development. He added that the hotel will have a significant amount of meeting space, including several ballrooms, and that the arena will be available for corporate and association groups to use as meeting/exhibit space or for special events.

OVG CEO Tim Leiweke believes his firm can replicate the hotel-entertainment district model of L.A. Live that sports and live-event firm AEG—where Leiweke was president—created a few years back. That district comprises a JW Marriott, the Staples Center, the Los Angeles Convention Center, theaters, restaurants, and shops. In Vegas, however, “the ability to incorporate [all those elements] into one district—and to have one entity who controls that—is an interesting proposition.”

Leiweke also told reporters back in March that “the future of the Strip is this part of Las Vegas Boulevard; it represents one of the few areas of potential future growth of the gaming and entertainment corridor.” The OVG Las Vegas Hotel & Casino would be the first upscale meetings property that those driving from Southern California via Interstate 15 come upon, while the proposed Brightline high-speed rail system connecting Los Angeles to Las Vegas would have a station adjacent to the OVG entertainment district. The 270-mile trip would take less than three hours on zero-emission trains. Construction on the rail system is set for late 2023, with a scheduled completion date of mid-2026.

The rectangular piece of open land in the bottom center of this GoogleMaps image is where the OVG project will be. At the top of the image is the Bali Hai Golf Club and Mandalay Bay Resort and Casino, less than three miles from the OVG project. At present, Bali Hai is considered the end of the Strip. 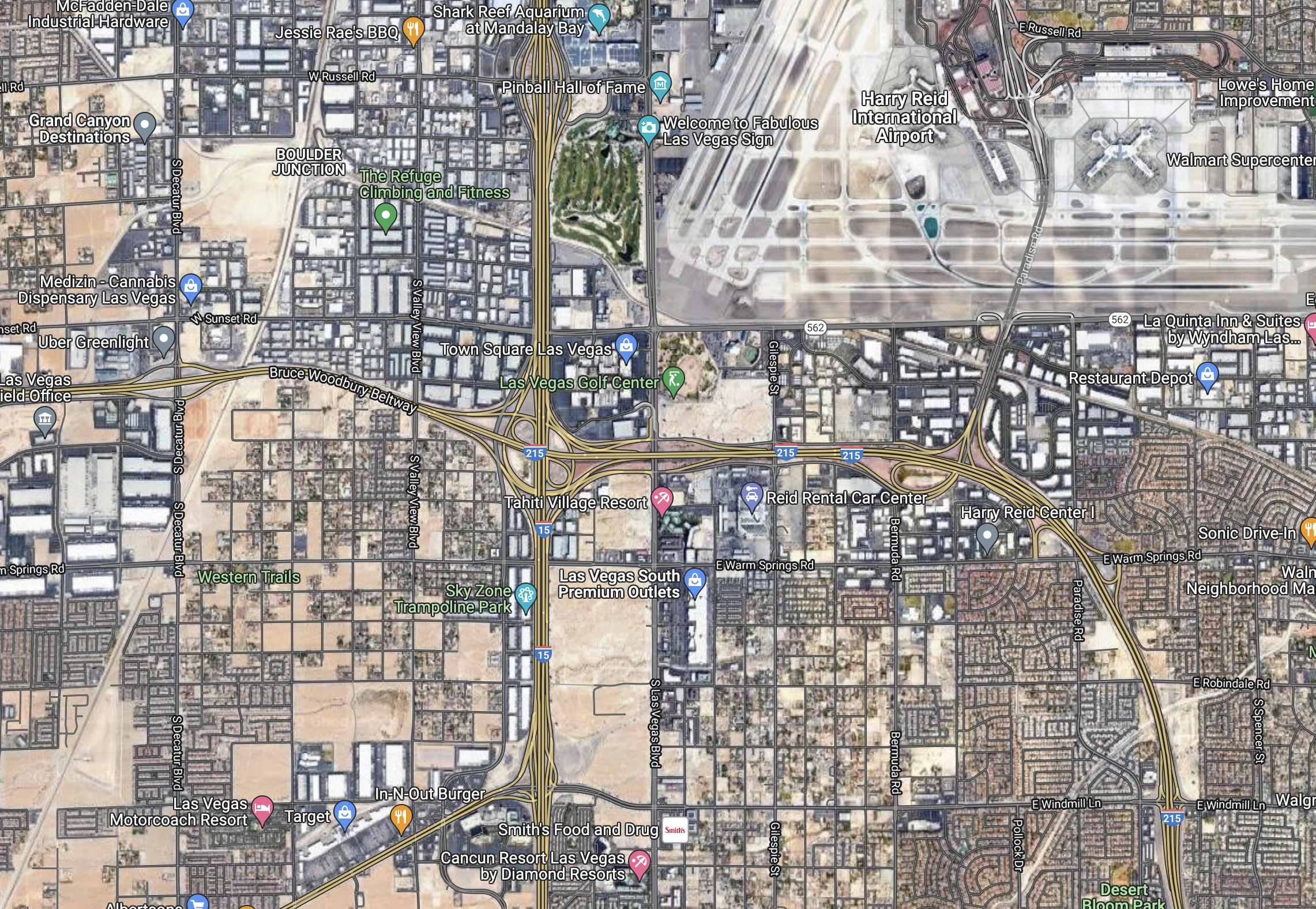