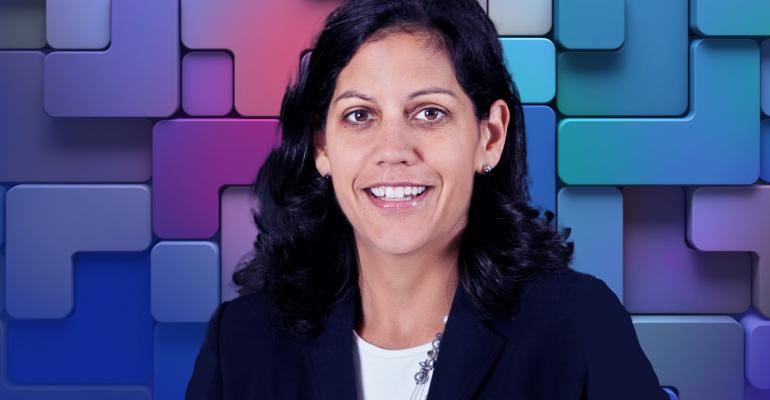 Reaching Out and Grabbing Hold

Changemaker Colleen Creighton broadened her association’s reach among underserved audiences and built a virtual convention that maintained the momentum.

MeetingsNet’s annual Changemaker list recognizes 15 outstanding meetings professionals for their efforts to move their organizations and the industry forward in unique and positive ways. Find all the profiles here.

For broadening her association’s reach among underserved audience segments, and keeping that momentum across the virtual medium

The American Association of Suicidology is unusual in that we have membership across eight different categories: attempt survivors, loss survivors, crisis centers, clinicians, researchers, academics, students, and professional suicidologists. But over the past two years, we realized there are still many voices in our field that aren’t being recognized: African Americans, indigenous peoples, LGBT, and others who tend to get left off the map by most researchers.

To remedy this, we shifted to a stronger focus on diversity, and it really worked. Previously, a lot of people in those groups might have felt that being an AAS member wasn’t worth it because their concerns were not represented. With our 2019 annual event programming, we proactively added their voices and promoted that effort; our annual conference attendance went from 1,200 to more than 2,000 in one year.

For our 53rd annual event in April, we couldn’t do it in person—but we realized that ours is too important a cause to say to our audience, “Sorry, we can’t give you the chance to learn and interact this year.” Once our host destination implemented a shelter-in-place order five weeks out from our event, we got out of the hotel contract and announced we’d do a virtual event over our original dates. About 90 percent of the sessions transferred over—a few speakers from federal agencies needed new approvals to present their content electronically, but they got it.

Then we were thinking, “Who is going to sit at their computer for 10 hours a day?” But people did; our total attendance was a bit more than 2,000, with 1,250 at the start of day one and more than 800 across much of each day. One reason: We accounted for different time zones by starting each day at 11 a.m. eastern time. And even though we went until 8:30 at night, people actually wanted more—so we created an evening networking session in just a few hours.

We need to refine the virtual component for future annual events to attract people who can’t come in person, and find ways for virtual attendees to communicate with each other during and after sessions throughout the day.

Engage board members, the entire staff, and members as you make changes. Once we realized that the in-person event probably wasn’t happening, we brought in people from all aspects of the association to have a say in the path forward, and that created buy-in. Also, be transparent. As we monitored the situation, we got on our Facebook page every week and said, “Here is the situation we have right now—what questions do you have?” Members’ ability to see behind the curtain on why decisions were being made helped get them on board.

When you’re part of a team, don’t simply try to fit the role that you think has been set for you—define the role that you want to play. From the CEO on down, it’s not who does what but rather, “What can I do to advance the cause?” Don’t let your title define what you contribute and how you go about doing it.

Getting outside—I’ll go for a run or at least get to the gym. And I’m always up for trying a new activity, like parkour or rock climbing. I recently took some guitar lessons too.

One Strategy to Protect Your Meeting from Staff Shortages
Jun 15, 2021