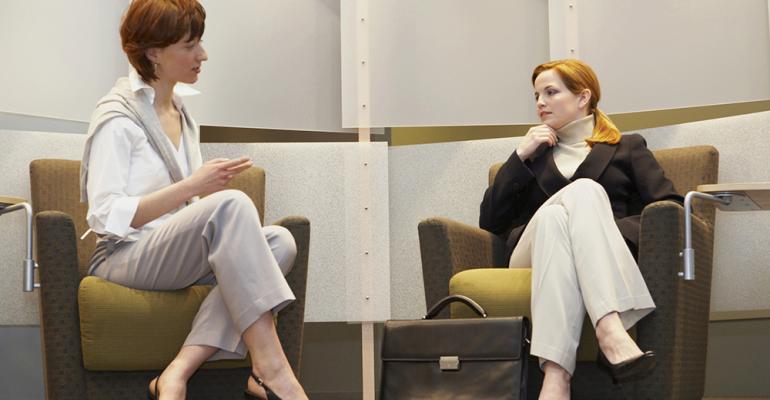 Profiling in a Good Way: Meet Like-Minded Planners at IMEX

The program is called Zenvoy, which uses “intelligent data profiling to facilitate face-to-face introductions.” Translation: Give Zenvoy a little info up front and instead of facing a sea of humanity in the exhibit hall, you could sit and have a coffee with just the right person to move your project, career, idea, challenge, or just your day, forward.

Now in its sixth year, IMEX America is set for October 18–20 at The Sands Expo in Las Vegas. As in previous years, a full day of educational programming—Smart Monday, which this year is October 17—precedes the opening of the exhibit hall Tuesday morning.

Private and Event Specific
The Zenvoy platform opens to pre-registered IMEX America buyer attendees and hosted buyers later this month, and is separate from the appointment times scheduled between buyers and exhibitors on the show floor. Zenvoy users will meet up during breaks, outside show hours at social events, or online anytime.

After completing confidential online profiles, buyers get matched with other buyers who share profile attributes including job title, nature of business, decision-making authority, location, and number of years in the industry. The service is private and event-specific, ensuring introductions only occur between those attending IMEX America 2016.

“Meeting, connecting, and building on relationships with industry peers is a key element of IMEX America and IMEX in Frankfurt,” says Carina Bauer, CEO of the IMEX Group. “We see this new initiative as a valuable way to make it easier for people to meet others with whom they have the most in common. In a show that’s as large and busy as IMEX America we’re clear that it’s our duty—and also our pleasure—to bring people closer together for long-term mutual gain.”

In addition to the new Zenvoy service, IMEX will be offering personally facilitated introductions in the Hosted Buyer lounge. A dedicated area called the Networking Hub will be the focal point for hosted buyers interested in making new professional contacts, comparing career challenges, or simply sharing stories and expertise.

Find the entire IMEX agenda and registration information at the show website and learn more about Zenvoy’s IMEX partnership at the company’s website.