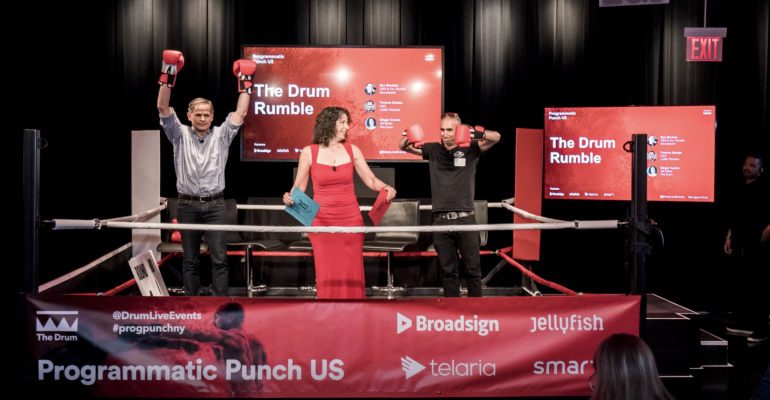 Ginger Conlon, U.S. editor of The Drum, moderated a one-on-one debate and then announced the crowd-chosen winner.
Corporate Meetings & Events

An Event that Packs Some Punch

The planners of a recent advertising and marketing conference created a high-energy atmosphere with low-tech props that kept attendees engaged all day long.

On Wednesday, June 12, the event space just off the lobby at the New York City headquarters of advertising and marketing giant Ogilvy was transformed into a boxing arena. But there wouldn’t be actual fisticuffs breaking out in the ring, which was surrounded by 250 seats. Instead, attendees would take in a series of panel discussions and one-on-one debates as part of the second annual all-day conference hosted by ad-industry media outlet The Drum. 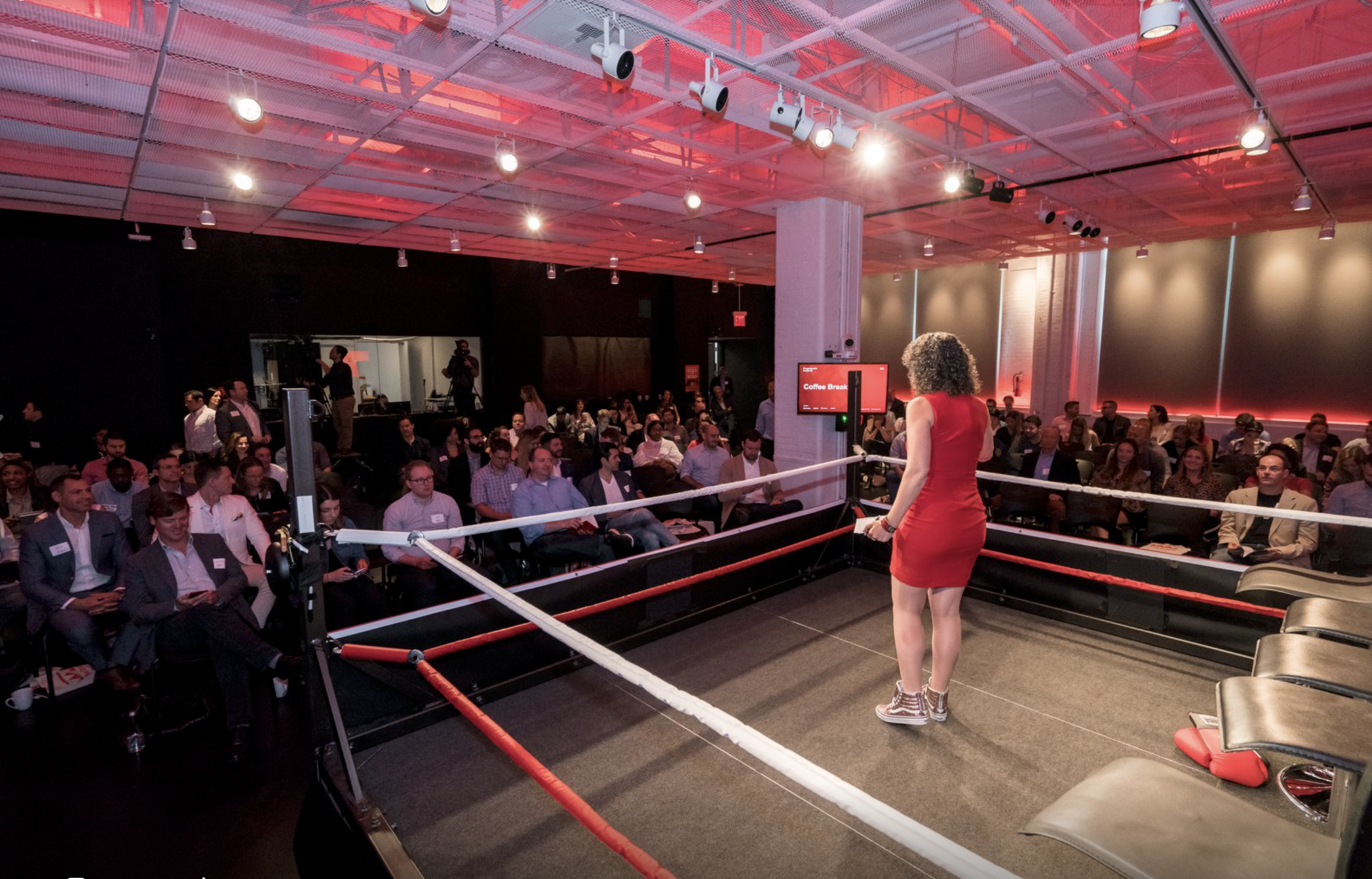 With an event name like Programmatic Punch, The Drum’s planning team decided a few years ago that a themed set was not just clever but would also lay the groundwork for spirited sessions. But first, The Drum connected attendees’ jobs to the sport in the event’s marketing pitch: “As a famous boxer once said: ‘Everyone has a plan until they get a punch in the face.’ And programmatic gurus like yourself know that a perfect combination of innovation and regulation in adtech could add up to such a punch.” 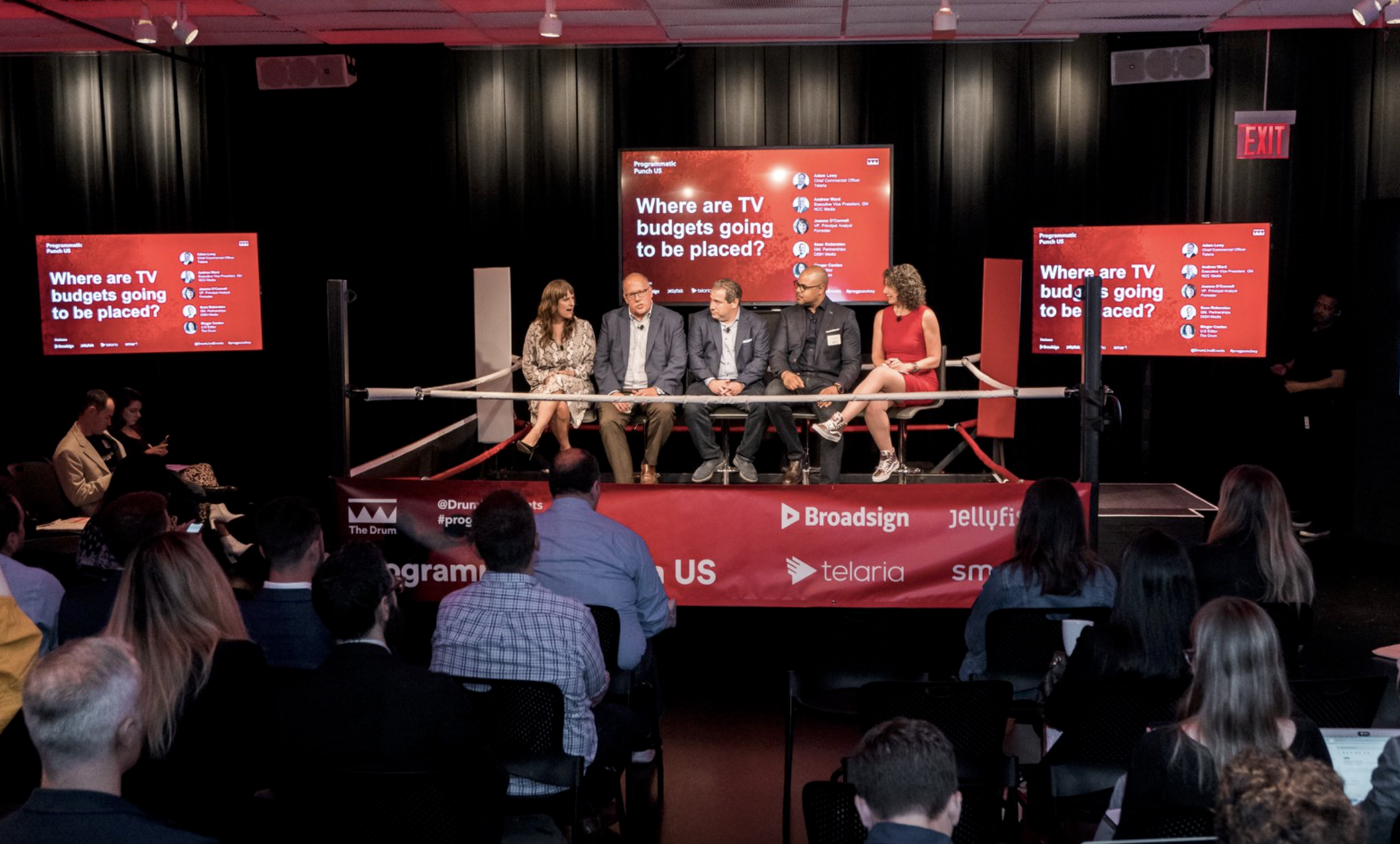 Ginger Conlon, The Drum’s U.S. editor and event-content coordinator, then designed each content segment like a boxing round—complete with music, bombastic participant introductions by a ring announcer, a man in a gold-glitter jacket holding up a card with the round number, and a few instances where judges made a decision on a debate winner. 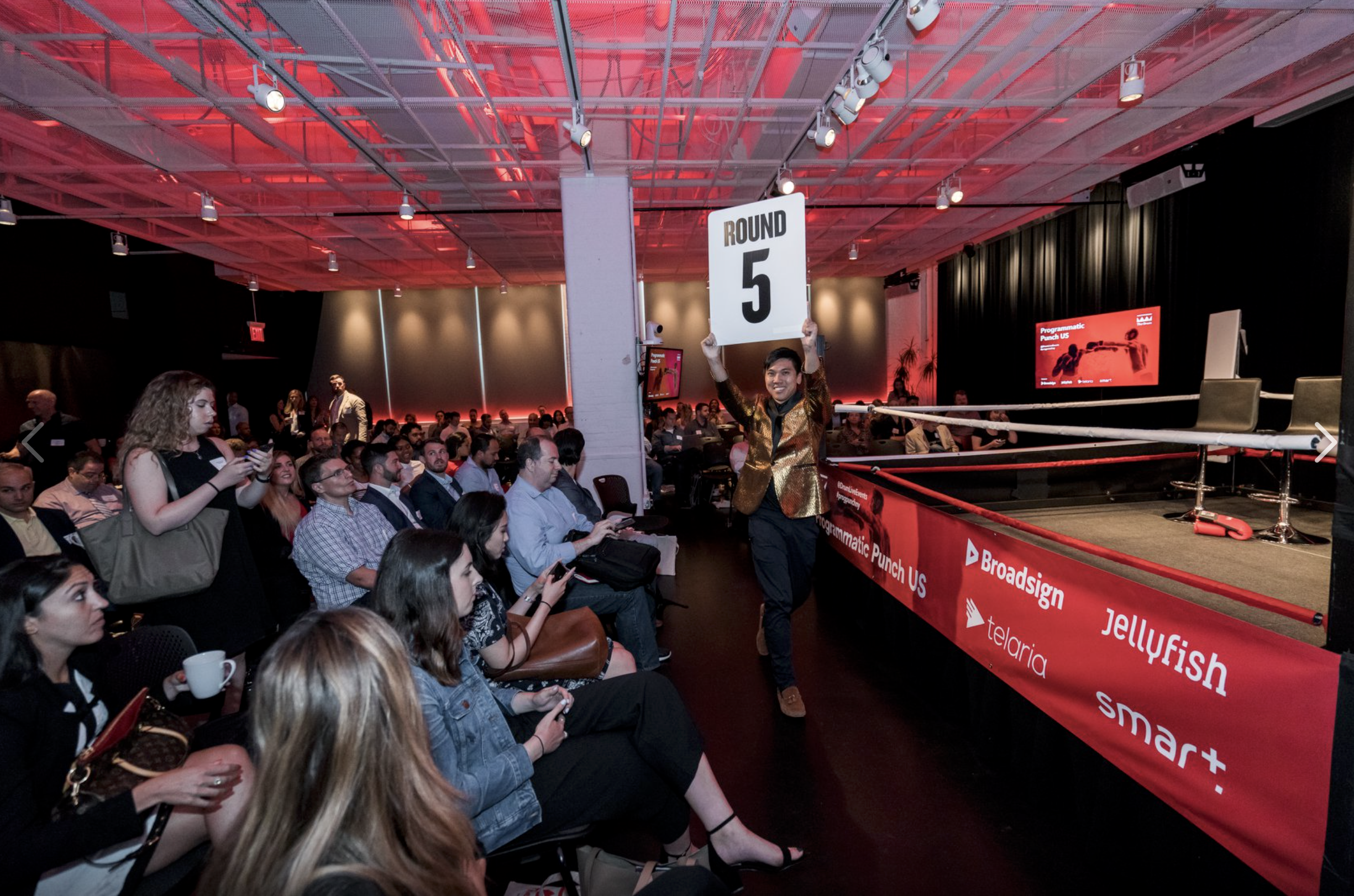 There were 10 sessions across the day that lasted 30-40 minutes each, with a break coming after each set of back-to-back sessions. In total, 240 people attended, with roles ranging from vice president of programmatic advertising to chief marketing officer to president. “All the feedback I received in person was positive,” Conlon says, as The Drum considers whether to use the themed set for the third consecutive year in 2020.