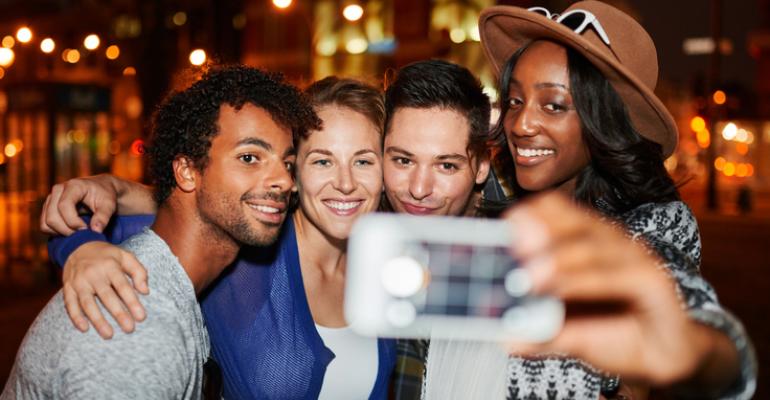 Recent research shows Millennials form strong opinions of brands not just from attending an event, but also from pre- and post-event materials.

With experiential marketing taking so many forms these days—from a presence at sporting events and music festivals, to pop-up shops in center-city districts, to entertainment-laden receptions in special-event venues—it's natural for event marketers to focus mostly on the experience they seek to deliver on site. But recent research shows that it's equally important to understand how the younger segment of the consumer market—those under 35 years old—feels about the ways they are courted before an event and then acknowledged afterwards. Along with the event itself, these experiences shape brand impressions and help build affinity, and must be planned as thoughtfully.

In a study titled "What Do Millennials Really Want from Brands?" conducted by marketing-event consultancy Splash, nearly 800 respondents under age 35 weighed in on the effect that brand communications before, during, and after an event have on them. To start, 40 percent of respondents said that if an invitation or event web page is unattractive, they would not attend the event. On the other hand, an attractive solicitation can be a catalyst for an ongoing relationship: 56 percent said the reason they signed up for a brand's email list is because of an event, while 67 percent said the reason they follow a brand on social media is because of an event. But even if interest in an event is there, 28 percent of first-time brand-event attendees do not respond to an RSVP until the day of the event—and 12 percent of all respondents said they respond only if they know one or more friends are going as well.

While 73 percent of respondents said they attend an event primarily because the content, speaker, or entertainment seem interesting, 56 percent also attend for the networking opportunities—and 47 percent attend because of the merchandise that will be given away. Some of the products mentioned by respondents as particularly memorable: Beats earbuds along with a one-year Spotify subscription; a bottle opener that yodeled when used; a Polaroid camera and film; and a jar of artisanal butter. What's more, the most memorable aspect of events is the merchandise (19 percent of respondents said so); 14 percent recall that the brand did something unexpected; 14 percent said the speaker/entertainer performance was most memorable; and 10 percent remember the photo opportunities the most.

In fact, the post-event follow-up that's most effective is a link to a web page containing event photos—but 75 percent of respondents said they expect a brand to notify them of that web link within two days of the event. When done right, the results are clear: 92 percent of Millennials said they're open to receiving personalized email offers, coupons, or loyalty-reward opportunities from a brand following an event.