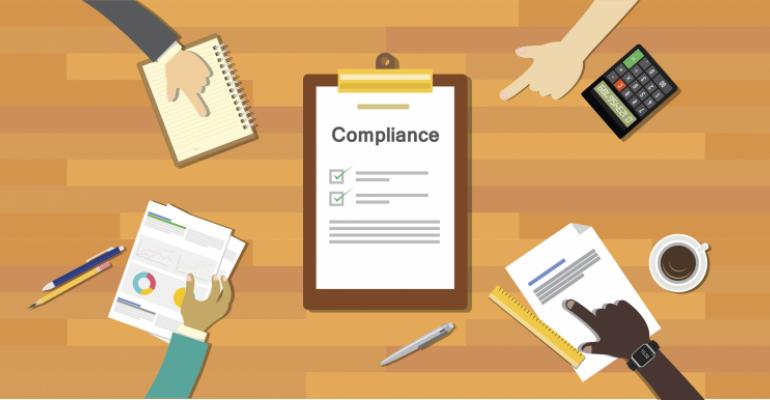 Guidelines for international attendee sponsorship could upend medical meetings organizers who aren’t prepared when they go into effect on January 1, 2018.

Are you ready for the new medical education sponsorship ethical codes MedTech Europe and the Asia-Pacific Technology Association, or APACMed, are instituting? While these trade organizations serve medical technology and medical device companies and associations in Europe/the Middle East and Asia-Pacific, respectively, they are going to affect medical meetings worldwide. As Thomas Sullivan, president and founder of Rockpointe Corp. said during a recent MeetingsNet webinar, “This is one of the most important things you're going to have to know about in the coming year, especially if you run a large annual meeting.”

Where They’re Coming From
Panelist Patricia Andrade, vice president of marketing, communications, and community relations with ABTS Convention Services, explained that MedTech Europe was created via a joint venture between the European Diagnostic Manufacturers Association, which serves the European diagnostic industry, and Eucomed, which represents the European medical-device industry. APACMed, founded just three years ago, serves medical equipment, device, and in-vitro diagnostic manufacturers and suppliers throughout the Asia-Pacific region. Both have been busy over the past several years developing ethical codes to govern their members’ sponsorship of medical education into the future.

“One of the things [APCMed and MedTech Europe representitives] have been very adamant about in every meeting I've had with them is that the industry is still fully committed to supporting independent medical education,” said Andrade. “They're just looking to do it very much at arm's length and through independent third parties. Even though [medical device and services companies] still want to give money for medical education, they don't really want to have any choice of the matter of what happens with the money once they give it away.”

The Five Principles
Both organizations are basing their codes on these five principles, said Andrade:

1. Image and perception. No luxury hotels, expensive dinners, resort venues, casinos, or hotels that have golf courses will pass the test, she said. “Even if there's no way that the healthcare practitioners are going to be using any of those activities, they just flat out said, ‘Absolutely not. We are not giving money to anything that looks like it might be perceived as misuse of funds.’”

2. Transparency. The institutions that sponsored HCPs work for, and their superiors, have to be informed that their doctors are being sponsored.

3. Equivalency. In this case, equivalency basically means every service, including travel and hospitality, that is provided has to be priced at fair market value.

4. Separation. “This one is big,” said Andrade. “It means that sponsoring companies do not want to have any ability to make decisions about who they sponsor, because they don't want to seem like they are giving priority to healthcare practitioners who might be using their devices.”

5. Documentation. Every activity in the coming years is now going to come with a contract, she said.

Changes to the Current Process
Until now, international delegates attending U.S. medical meetings usually have been sponsored directly by a pharmaceutical or medical device company, which invited specific HCPs or groups of HCPs, usually the key opinion leaders in their market. The company also contacted the travel agency, which, in addition to arranging travel, was in charge of contacting the healthcare organization and its international group housing department for housing and registration. The sponsoring company paid all travel and meeting expenses.

“This is going to change,” she said. In fact, it already is changing. As of 2017, MedTech Europe has required meetings to be vetted through its conference vetting system, which was introduced in 2016 and made mandatory this year. Only meetings that meet its specifications will be eligible to receive funds from MedTech Europe member companies, and they can only receive those funds through educational grants or commercial support.

In 2017, the vetting system only required meeting organizers to provide information about the conference venue, the geographic location, and the hotels the HCPs will be staying in. What’s getting phased in next year is an examination of what the conference’s registration packets look like—they don’t want to see anything that’s not educational included in the registration, Andrade said—and the scientific program. They’ll also be examining the meeting’s marketing communications, including the event website.

“The biggest change we'll be seeing in 2018 is that there can no longer be any direct sponsorship of activities—medical technology companies can no longer directly choose or pay for the doctors who are going to be attending the meeting,” she said. Under the new process, conferences will need to apply and pass the conference vetting system. Then the healthcare organization or medical meeting organizer must submit grant requests to each medical device company that sponsors delegates at its meeting. Once it gets the grant, the healthcare organization is then responsible for choosing the specific doctors who will receive the support.

Andrade said she is often asked how the meeting organizer is supposed to find the right doctors from a foreign country. “One of the things that MedTech and APACMed have allowed is for the medical technology companies to give you fairly specific targets for who they want to support through this educational grant,” she said. “They can say, ‘I want 20 of the doctors to come from this specific department of this hospital in Germany, and this is the hospital’s contact information.’ They just can’t target the characteristics they’re looking for so exactly that they could immediately be able to tell who those doctors are.” So, for example, if they want 20 doctors from a department of 30, that’s fine. If there are only 20 in that department, it’s a no-go because then the company could identify specific physicians.

Once the meeting organizer has been given a way to find the doctors who can be sponsored, it is now also responsible for contacting the doctors, managing their travel, and handling the rest of the logistical details. “Once the medical technology company hands over the funds in the form of a grant, that's the last of their involvement. They don't want anything to do with anything that happens after that point,” said Andrade.

After the meeting, the medical device companies have to submit reconciliation and disclosure reports to the MedTech Europe transparency platform to show the types of doctors they funded, how many received funds, and which healthcare organization managed the grant.