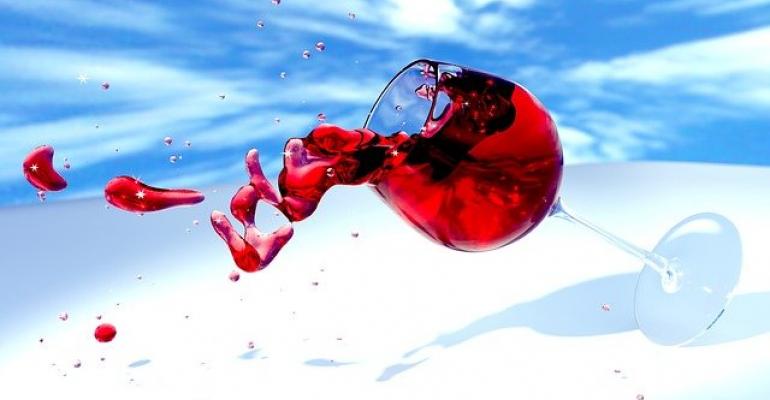 Some HCP Meetings Going Dry in 2022

The code of conduct established for ethical interactions between healthcare providers and pharmaceutical companies is about to get a little stricter.

Starting January 1, meeting professionals organizing speaker programs with HCPs will have to follow new standards to stay in line with the PhRMA Code.

That code of conduct, more formally known as the Code on Interactions with Health Care Professionals, established by the Pharmaceutical Research and Manufacturers of America, is meant to ensure that prescribers aren’t improperly influenced by the companies that want to sell them medicines and medical devices.

Speaker programs are pharma-company-sponsored educational events where an HCP makes a presentation to other HCPs about a drug, device, or disease on behalf of the company; typically, these include a meal. Speakers often receive generous compensation, which is appropriate under most circumstances. However, the U.S. Department of Justice has overseen several high-dollar settlements in recent years in which pharmaceutical manufacturers admitted to selecting high-prescribing HCPs to present at their speaker programs, as well as to repeatedly inviting the same HCPs and holding events at expensive venues.

In response, the changes to the PhRMA Code include two new rules and two clarifications to existing guidelines for speaker programs:
• The most notable change is that companies will be prohibited from providing alcohol at speaker programs, a significant shift from the way things have been done in the past.
• Also new: HCPs should not attend more than one speaker program on a given topic to ensure that only those with a real need for the education are in attendance. This presents new policing requirements for organizers to remain compliant.
• The revised Code also reiterates that meals should be modest—not held at high-end restaurants—and that everyone in attendance should have a bona fide need for the educational information—no guests or family members.

Reactions to the New Rules
For some HCPs, the new code feels like overreach. At this fall’s Pharma Forum, an educational conference for pharmaceutical and life sciences meeting professionals, two doctors commented on the revised PhRMA Code: “I think we have gone too far on the restrictive end of the spectrum,” said Sunil Eappen, interim president and chief medical officer for Brigham and Women’s Hospital in Boston and an anesthesiologist. “We have created a perception in our communities that there was something unethical going on. I think it is going to stop some HCPs from coming out and getting education that they would have otherwise received.”

“I agree completely,” said Joshua Stolker, an interventional cardiologist for Mercy Medical Group and an adjunct professor at Saint Louis University in Missouri. “The frustrating thing is the government’s perception is that there’s all this bias: If we speak about a drug we believe in, we are going to prescribe it more. … I don’t see it as a bad thing to be a clinical champion for a drug or device [but] the new PhRMA Code is punishing us for that.”

Dislike of the new rules may be part of the challenge for meeting professionals responsible for executing speaker programs in the new year. In a different session at Pharma Forum, compliance professionals said the role of the planner would include relationship management with HCPs—understanding what’s happening on the ground—as well as tracking attendance and carefully navigating around alcohol issues.

The key is to understand exactly how the pharma company is interpreting the rules. Is it acceptable for a doctor to run a bar tab if the company isn’t paying? While most organization are okay with that, some are saying that alcohol can consumed at the event but not served, so HCPs would have to order at the bar and return to the session. Panelists emphasized that it’s important to work with stakeholders now to understand what’s acceptable.

Jacqueline Beaulieu, HMCC, who considers compliance issues as a member of Meeting Professionals International’s MD Advisory Board, agrees. “Communicate often and as soon as possible regarding how [changes to the PhRMA Code] will affect your meeting. Create and nurture partnerships with those who understand medical meeting challenges; they'll work with you to think creatively and compliantly.”

Beaulieu, director, strategic marketing & client engagement at Poretta & Orr, an exhibits, events, and strategic marketing agency, and the former executive director/vice president of the Healthcare Convention & Exhibitors Association, expects to see after-effects from the new rules, but it will take some time to play out.

Will more modest venues and no complimentary bar service make it more difficult to attract HCPs to speaker programs? That is a concern, Beaulieu says. “Let's face it, HCPs are pretty used to certain standards so it could be quite an adjustment.” Will there be more demand for virtual-speaker programs? Too soon to tell, she says. And what about format changes? Beaulieu wonders if companies will host more breakfast and luncheon events, eliminating the need to offer alcohol in the first place.

The “professional silver lining” for planners, she says, is the chance to be part of the change process. “Adapting, understanding, and being a resource in your organization around compliance information can present great professional opportunities. Medical meeting planners have an opportunity to really elevate their professional stature if they make understanding meeting compliance a priority.”