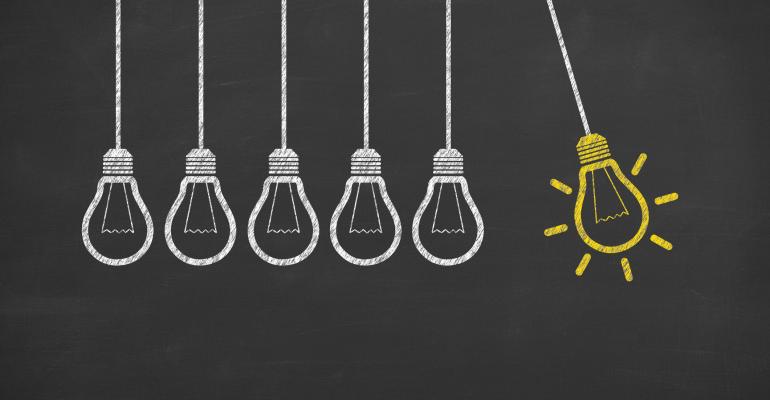 The American Psychiatric Association may be the oldest medical specialty society, but that doesn’t mean it isn’t constantly trying to reach and teach its members in new ways. In fact, APA Director of Education Tristan Gorrindo, MD, said in a recent MeetingsNet webinar, “We’re constantly asking the question internally, ‘What can people get at our live meeting that they can’t get from a webinar, book, or online offering?’ We have spent a lot of time thinking about how to reinvigorate our live meeting to make it have a different kind of value proposition.”

As a result, every year the APA’s education team introduces a dozen or so new formats to its annual meeting. Not only do these innovations make for a better learning experience for APA annual meeting attendees, “Some of the most fulfilling and rewarding parts of being in continuing education are designing these experiential learning opportunities,” he said.

Half of the fun is in looking at some of the experiences people find engaging in other areas of their lives and reconfiguring them for CME. As a Mark Twain quote that hangs on Gorrindo’s office wall says, “There is no such thing as a new idea. It is impossible. We simply take a lot of old ideas and put them into a sort of mental kaleidoscope. We give them a turn and they make new and curious combinations. We keep on turning and making new combinations indefinitely; but they are the same old pieces of colored glass that have been in use through all the ages.”

Building a Psychiatric Shark Tank
One idea that APA first implemented two years ago is based on the TV show Shark Tank, where inventors pitch their product ideas to venture capitalists, who in turn provide feedback—and sometimes funding to get a project off the ground and into the marketplace. “We thought about how we could tie that idea to psychiatry,” said Gorrindo.

They ended up bringing in another format from yet another industry: The hackathon, which began as tech enclaves pulling together interdisciplinary teams to tackle a software or hardware problem, and then began to take off in non-technical groups as well.

“We knew we had to bring together different kinds of people—not just psychiatrists, but that we really needed to think about psychiatry in the field of medicine more broadly, and also a number of other types of individuals who intersect with medicine,” said Gorrindo. “So for our hackathon, which we named the Innovation Lab, we brought together folks from computer science, engineering, business, and the venture capital world to work collaboratively at the meeting to solve some of the problems facing psychiatry.”

The call for innovators wasn’t overly prescriptive in what those problems needed to be. “We gave them permission to be aspirational,” said Gorrindo. “We just knew that they needed to be hard problems, and we wanted to create an environment that encouraged creativity and sharing—they didn’t have to actually solve the problem.” The APA put together a panel of judges to winnow the entries down to the top six, who were invited to come to the Innovation Lab at the annual meeting, held this year in May in San Diego, to pitch their ideas and proposed solutions. Then the engineers, business people, computer scientists, and other participants could choose which idea they wanted to work on. After an hour of collaborative work, the finalists presented their refined ideas to the panel of “sharks”—which in this case included a TV network CEO, a nonprofit leader, and a government official—to get more feedback on how to further hone their idea, just like on the TV show.

Winning pitchers have included a young man who wanted to develop a drug-overdose watch that could measure pulse oximetry—oxygen the in blood—to identify potential overdose cases. Another was a psychiatrist whose idea was to use low-cost cellphones in rural Africa to conduct and store psychiatric interviews that could then be streamed to psychiatrists around the world without huge bandwidth requirements. Then there was a group of “very precocious” high schoolers who wanted to develop an augmented-reality app for dementia patients that would alert a loved one via text message if the patient wandered outside his or her safe zone, and provide prompts to help that person get back home. Ideas have ranged from developing a real-world Star Trek–style universal translator, to using artificial intelligence and deep learning to identify who might respond to certain types of antidepressants, Gorrindo said.

“But the conversation itself, the networking and opportunity to share these ideas and create together, is really what brings value to this exercise,” he said.

Bringing Law and Order to the Ballroom
Another of Gorrindo’s favorite TV shows is the Law and Order franchise, which got him thinking about how his team could bring the drama of the courtroom into the annual meeting. There is a lot of risk management involved in medicine, of course, including real-world issues of how physicians should manage legal requests for medical records, depositions, and malpractice complaints.

Instead of teaching these topics in the usual “dry, didactic format,” APA last year moved this session to a mock-trial format. With members and APA leadership playing the roles of judge, prosecutor, defense attorney, they went through the key dos and don’ts of giving depositions and releasing patient records by playing it out through a hypothetical case.

“It was much more effective in conveying the knowledge, and much more fun to sit through, as well,” he said.

Bringing the Murder Mystery to Complex Medical Histories
The murder mystery party is another model Gorrindo’s team has adapted for APA’s annual meeting, debuting itat this year’s event in May. Instead of gathering together at a dinner party where each guest is given secret information and a persona to play out as each guest tries to figure out who done the dirty deed, APA adapted the concept to teach principles around managing patients with complex medical histories.

Each person at the session was given a part to play and specific knowledge about the case that only they know. They had to engage with each other to elicit information and figure out the patient’s diagnosis. Some of the information each person was given would be relevant; some of it was what Gorrindo called “distractors,” but all of it has to be sifted through—everything from electronic medical records and lab results to job evaluations, and even a love note from a former partner, he said. “Over the course of 90 minutes, they had to work together to try to find the diagnosis for the patient, as well as how the patient contracted this illness and, based on the information they extract from each other, what the next steps should be in terms of management.”

These are just three ideas in the portfolio of experiential learning APA is committed to bringing to its annual meeting each year. “We also have the 450 scientific sessions and the hundreds of posters,” Gorrido said, “but we want to develop alternative opportunities for individuals to increase the value of our annual meeting for them.” He added that the new learning formats, like the medical mystery lab, "turned out to be incredibly engaging [at the 2017 annual conference] and we're thinking about how we can best scale what we are doing" for future meetings.