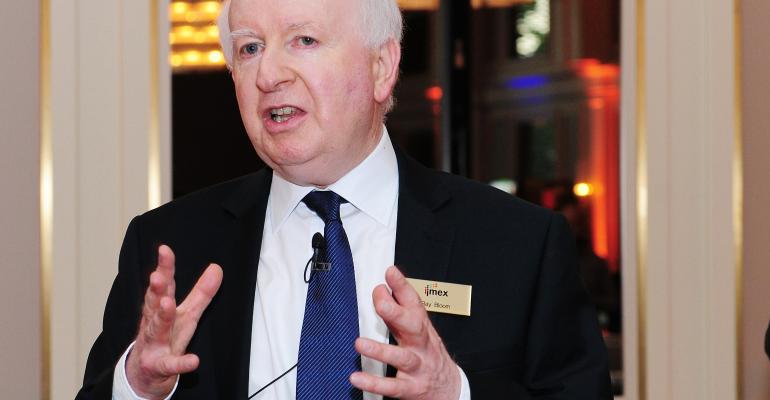 Ray Bloom, chairman, IMEX Group, welcomed his colleagues from the German Convention Bureau, IMEX’s longtime strategic partner, and Taleb Rifai, secretary/general of the World Tourism Organization, the United Nations Specialized Agency for Tourism, at the opening of IMEX in Frankfurt, Germany, on May 20. It was the first morning of the three-day event that hosts buyers of meetings, incentives, and events from around the world.

“It is our largest show ever,” said Bloom, who announced that the huge trade show attracted 64 new booths this year for a total of 3,500 exhibiting companies. He attributed the increase to improved economic conditions, noting that both the U.K. and German economies had grown in 2013. And in addition to the rise in exhibitors, Bloom said, attendees could choose among 200 education programs throughout the week, many of them small clusters or pods of attendees on the trade show floor.

Rifai was there to attend IMEX’s Politicians Forum, a day that promotes conversation among elected officials from all over the world who come with their tourist boards and convention and visitors bureau representatives to discuss the importance of meetings and events to the tourism industry and to local economic development.

“Travel and tourism is about generating millions of jobs and building peace and stability,” Rifai said, noting that, increasingly, his discussions with heads of state touch on meetings as part of the larger tourism picture.

Paris Is the Top Spot for Meetings, But Keep Watching Madrid
May 12, 2014

Hotel e-RFPs: Both Planners and Suppliers Feel the Pain
May 13, 2014