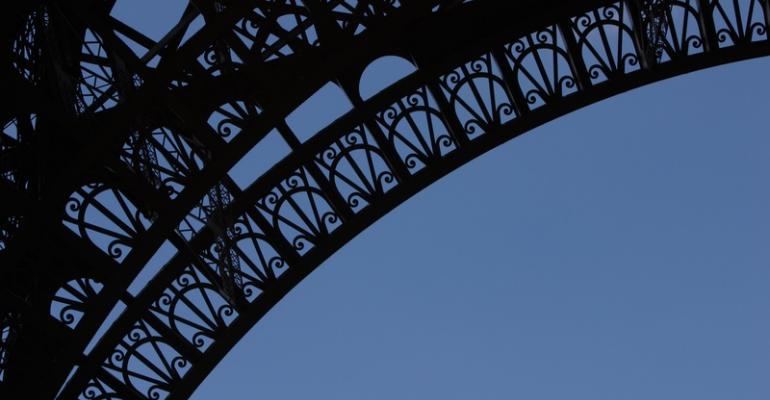 Paris Is the Top Spot for Meetings, But Keep Watching Madrid

The annual ranking of the top cities for international meetings doesn’t usually see much change, but this year there’s a shakeup at the top. After seven years leading the list, Vienna drops to third place, and Paris is the new number one, according to data gathered by the International Congress and Convention Association from 11,685 meetings in 2013.
Perhaps more interesting, though, is the story of the city in second place: Madrid. Having not even cracked the top 20 in 2009, Madrid scooted up to 13th place in 2010, rose to sixth in 2011 and 2012, leapfrogged to fourth in 2013 rankings, and jumps to second place this year. Keep watching for next year’s rankings!
In other top-10 shuffling, Barcelona climbed one place to fourth, while Berlin slipped from third to fifth place. Singapore remains in sixth place while London, which tied for sixth last year, dropped to seventh.  Istanbul edged up one spot to eighth place, and two newcomers to the top 10, Lisbon and Seoul, are tied for ninth place.

Copenhagen, which had moved from 14th place to eighth last year drops down to 16th in this year’s ranking. Beijing, which had cracked the top 10 in the 2012 ranking but then fell to 13th in last year’s list falls again this year—to 18th place.
Among countries, the United States remains solidly in first place and Germany is steadily in second, positions both have held for a decade. Spain remains in third place, as it was in last year’s ranking, while France moves up one spot to fourth, knocking the United Kingdom back to fifth.
In order to be counted for the survey, an association event must be regularly occurring and rotate between at least three countries. ICCA tracked 535 more meetings that in its previous ranking.

ICCA Ranks More Meetings Than Ever; Copenhagen Is Big Mover
May 13, 2013
ICCA Introduces Association Portal for Planners
May 13, 2013

Global Association Meetings: A Force for Progress for 50 Years
Sep 23, 2013