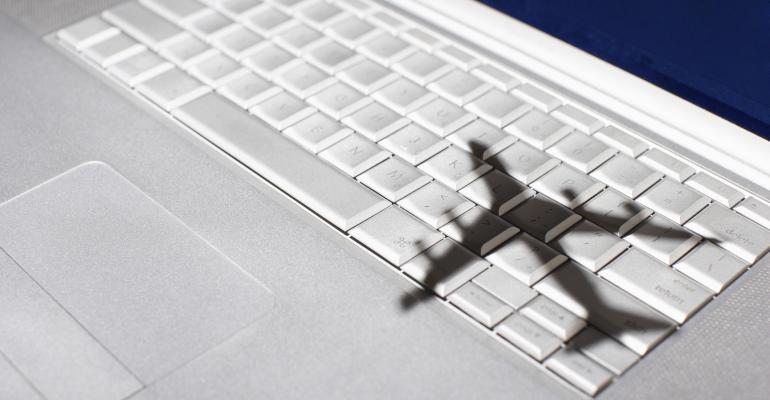 Could the Confusing New Device Travel Rule Mess with Your Meetings?

Attendees planning to fly to U.S. meetings from select Middle Eastern and North African countries now may have to check their devices rather than carry them on board. Could that be a deal-breaker?

By now, you’ve likely heard that the Trump administration has instituted a mandatory circular requiring airlines from eight Muslim-majority countries in the Middle East and North Africa to ban passengers to the U.S. from traveling with anything bigger than a cellphone in their carry-on luggage. Now laptops, tablets, e-readers, cameras, portable DVD players, and other electronic devices must be packed in checked baggage.

According to a Reuters report, the Department of Homeland Security told reporters during the briefing that the decision was unrelated to the Trump administration’s executive order to ban travelers from Iran, Libya, Syria, Somalia, Sudan, and Yemen, but instead was in response to reports “that militant groups want to smuggle explosive devices in electronic gadgets.” DHS representatives also told reporters that they weren’t ruling out extending the directive to other airports.

What’s so confusing?
• The directive was rolled out in such a secretive way that Royal Jordanian, The Guardian reported, “disobeyed the circular in part by making its existence known” in a tweet, which it later deleted. The U.S. gave the airlines just 96 hours to comply. It reminds me a bit of the confusion surrounding the initial travel ban executive order in January when people who had to implement the EO weren't sure exactly how and what they were supposed to do.

• It's not a rule, just a circular, but it is mandatory, so it's actually a rule if the airlines want to fly nonstop to the U.S. But it's not really a rule. Huh?

• Why didn’t the directive explicitly exclude electronic flight bags (which usually include iPads), that crews need to do their jobs? It sounds like DHS cleared that up in the press conference, but again, why cause all the unnecessary confusion in the first place?

• More questions: Isn’t it dangerous to put lithium batteries in the airplane cargo? And at what point is a large cellphone an allowed device and an iPad Mini that’s not much bigger is not? I mean, my iPhone can do everything my iPad can do (plus make calls) so what makes one OK and the other dangerous to have in the cabin? And, as another commentator says in this article, “If you assume the attacker is interested in turning a laptop into a bomb, it would work just as well in the cargo hold.”

• Why just travelers from these specific airports? Terrorist organizations, unfortunately, are worldwide, with cells in numerous countries, including the U.S.

I’m not the only one that seems a bit weirded out by the rollout of this latest restriction for international travelers from certain countries. While the Global Business Travel Association and the U.S. Travel Association both issued statements indicating support for governmental efforts to make flying more secure, they also advised that it should be done in a clear and well-articulated manner. As U.S. Travel Association Executive Vice President for Public Affairs Jonathan Grella said:

“We urge the federal government to make every effort to minimize disruption to legitimate travelers by clearly and quickly articulating the details of the new policy to enforcement personnel and the flying public. Even with security as a justification, it does not absolve authorities of the responsibility to communicate.

“As with all security policies, we further urge that this new security measure be continually reassessed moving forward to ensure it remains relevant and effective in the ever-shifting threat environment.

“We continue to hope that highly visible changes to security protocols in the future will be accompanied by a clear message that the government's intent is not to suppress, but to secure travel, and that legitimate international business and leisure travelers remain welcomed and valued by the United States.”

What’s not confusing:
I don’t like my electronics to be out of my eyesight when I’m traveling, and I’d bet I’m far from alone. While I’m sure there are many trustworthy baggage handlers and airport security screeners, there have been enough theft incidents (Hidden cameras show airport workers stealing from bags, for one example) to give one pause. Worst case of cold sweat I’ve had traveling in recent years was when a quick 20-minute hop on a small plane in the Caribbean—where I had to check my carry-on due to the size of the overhead bins in the tiny plane and forgot to transfer my iPad to my backpack—turned into an eight-hour tour of island airports while my now-checked carry-on went straight to Boston on another flight (long story!) and got there hours before I did. I couldn’t believe my eyes when I finally was reunited with my bag and my iPad was still inside. I got very, very lucky.

And then there’s the productivity issue. I’ve written many an article on flights to and from conferences, and I’m sure your attendees also like to use the (still, mostly, at least for now) phone-call–free environment to get some work done. As Global Business Travel Association Executive Director and COO Michael W. McCormick pointed out in a statement about the latest security restriction, “Nearly half (49 percent) of business travelers prefer to stay connected and get work done while flying. Not allowing them to bring their devices on the plane cuts productivity, taking away time that they can be getting business done. Many business travelers also prefer to keep their devices close for security purposes because they may contain sensitive company information.” GBTA is polling its members for their take on possible fallout from the device restrictions.

If I were to fly from one of those airports (and yes, it does apply to U.S. citizens) to get to a U.S. conference, where I need my devices to do my job, I would think twice about it. Maybe a way around it would be to FedEx a laptop and tablet, but I wouldn’t feel super-great about doing that either. Maybe there’s some sort of portable safe I could buy to put it in inside my luggage? What a hassle. It could very well be a deal breaker for me—and for attendees like me.

If you have a lot of attendees flying from the affected airports, how will you handle their needs? Would you take on the hassle of contracting with a laptop and tablet rental company to provide devices for these attendees to use while on site? Or offer an expanded-hours cyber café (which I have not seen much of in recent years now that devices are so portable)?

Or is this really not that big of a deal? I’d love to hear your thoughts on why/why not.