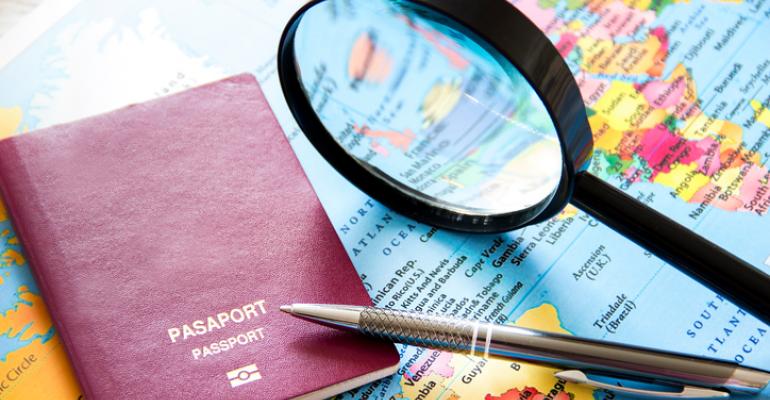 Travel, meetings, and tourism organizations began chiming in before the ink was dry on the Trump administration’s revision of its January 27 executive order that walks back some of the original’s more troubling aspects.

U.S. Travel Association President and CEO Roger Dow had mixed reviews for the new executive order. He credited the Trump administration for “the substantially more cautious and deliberate introduction of the revised executive order”—the initial order was implemented immediately, which caused much confusion among those who were to enforce it, and much heartache among those already in transit who were turned back at the border. The new EO goes into effect March 16.

However, Dow added in a statement, “Unfortunately, it doesn't appear that the administration fully seized the opportunity to differentiate between the potential security risks targeted by the order and the legitimate business and leisure visitors from abroad who support 15.1 million American jobs.”

The revised order still bans foreign nationals who hail from Sudan, Syria, Iran, Libya, Somalia, and Yemen from entering the U.S. for 90 days after the EO goes into effect, and all refugees for 120 days. However, legal permanent U.S. residents and those who already have valid documents are no longer banned from travel to the U.S. Iraqi citizens also are no longer included in the order because Iraq has enhanced its screening and reporting measures since the original ban went into effect, according to the Trump administration. A federal judge in Seattle blocked the original order shortly after it went into effect, and it has faced additional legal challenges since.

While the new version eases travel issues for Iraqis, “The question remains whether the revised order did enough to mollify the prospective traveler from Canada, Europe, or elsewhere around the world who may have been put off by the initial travel ban,” said Dow. “If undecided voters need to hear certain things to be motivated to get out and vote, then the same is true for undecided travelers.”

Meetings Means Business sounded a similar note. "We recognize the substantially more cautious and deliberate introduction of the revised executive order on travel and immigration," MMB co-chairs Richard Harper and Paul Van Deventer said in a statement. "However, several of the industry’s initial concerns remain unaddressed." Citing a survey MMB conducted recently, it said that "the majority of meetings industry professionals were concerned about reputational harm to the U.S. Our industry is centered on bringing people together, fostering relationships, driving positive outcomes, and supporting communities where meetings and events are held.

"We reiterate our belief that striking the right balance between enhanced security and travel facilitation is of the utmost importance. We also continue to urge that the security reviews prescribed by the executive orders be concluded as quickly as possible."

Michael McCormick, executive director and COO of the Global Business Travel Association, also called the revised EO “an improvement…as it is narrower in scope and provides greater clarity about those travelers who would not be subject to the ban.” Specifically, the exemptions for legal permanent residents, dual nationals, and current visa holders should mitigate confusion, he said in a statement. However, he added, “Any increased restrictions on passenger travel must be based in safety and security to ensure that the ability to travel is not impeded unnecessarily. It will remain a focus of the business travel industry to hold disruptions to a minimum.”

U.S. Travel and GBTA intend to continue monitoring the implementation of the new ban to ensure that it addresses economic objectives in addition to safety and security concerns. GBTA is also polling its international members to assess their take on the potential impact of the revised EO on business travel. According to a similar GBTA poll on the original EO, 30 percent of business travel professionals polled, said they believed the ban would cause a short-term reduction in international travel to the U.S., and half of the respondents said they were concerned it would increase harassment of U.S. travelers to and from the Middle East.