The Global Business Travel Association released new information on a series of member surveys conducted since the executive order on immigration signed on January 27. Findings from the GBTA surveys suggest that uncertainty over the implementation of the EO, the international response to it, and increased safety concerns resulting from the ban could have a significant economic impact on the United States. According to GBTA research, “for every 1 percent impact on business travel spending annually, the United States gains or loses 71,000 jobs, nearly $5 billion in Gross Domestic Product, $3 billion in wages and $1.2 billion in tax collections.” 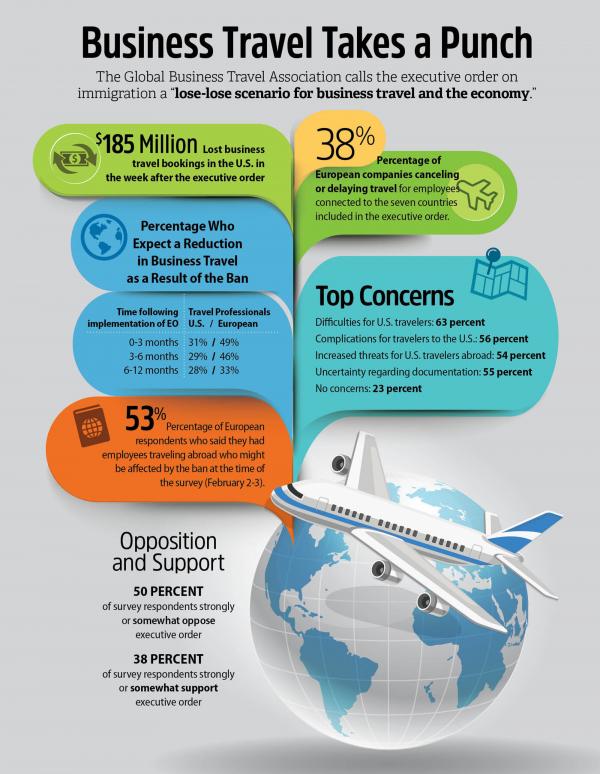