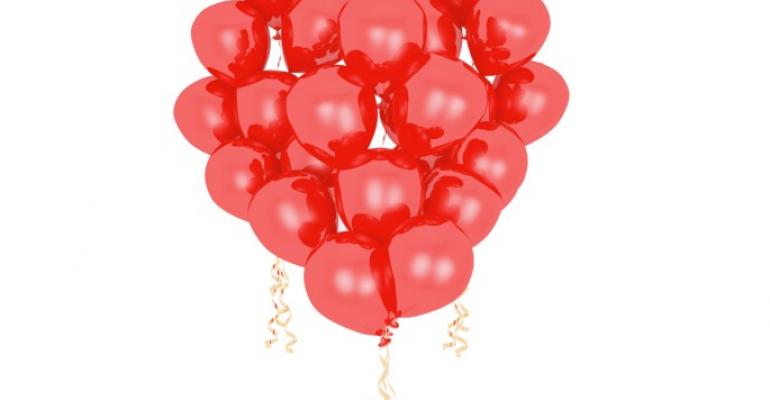 Why I Love Teambuilding Event Cheaters

In my capacity as a professional game designer for large-scale events, I have mixed feelings about cheaters. On one hand, a team that cheats can anger and frustrate the other teams, and make them wonder why they bother to follow the rules. On the other hand, players who break the rules are invested in the game, and that’s my favorite kind of players: the ones who get caught up in play.

Cheaters are players who have found a way to succeed without the rules, and sometimes, that’s exactly what’s needed to get the job done.

Here’s an example of teambuilding cheating at its finest:

We were invited to host some audience-interaction games during a red-carpet awards ceremony for IndieCade, where the audience was seated at banquet tables in an auditorium. IndieCade is the international festival of independent games; it’s been called “Sundance for games,” and the theory was, since there are musical performances at the Grammys and movie clips at the Oscars, an awards ceremony for games ought to have some play in it. So after every few awards, my partner Greg and I took to the stage to engage the audience in some games they could play from where they were seated.

For the first game, we played the audience house left versus house right. For the second, we had them play table versus table. The last game of the night was one the entire room would win or lose together—that’s the one where the cheaters shone brightest.

Each table had a colored helium balloon bouquet and a container of colored stones—the stones and balloons were of different colors. Participants were told they could trade jars with the tables adjacent to them until every table’s balloon bouquet matched its stones. For the group to win the game, some tables would have to match the items, then trade away their matched basket to help other tables, before restoring their match. But mostly, they didn’t do that: Once a table matched its basket, they stopped trading, and the game stalled. The tables that wouldn’t trade were frustrating the other tables.

Greg and I looked at each other: Should we interfere? Call the game off? Tell the teams what to do?

And then some unexpected, delightful cheating happened. In unison, 10 people seated at a table picked up their table—centerpiece, drinks, and all—and carried it halfway across the ballroom. They set the table down next to a neighboring table that had the color they needed, and executed the final exchange.

It was a great reminder of how we can create the circumstances for the experience, but it is the participants’ actions within that environment that is the true measure of how successfully we have designed the experience. The players will make the adventure for themselves—and that group made a very crafty and memorable one.

Myles Nye is a teambuilding game master with  WiseGuysEvents.com Wise Guys Events, which provides real-life adventure games for events. You can reach him at [email protected]

Help Your Attendees Warm Up with These Awesome Icebreakers
Apr 30, 2018