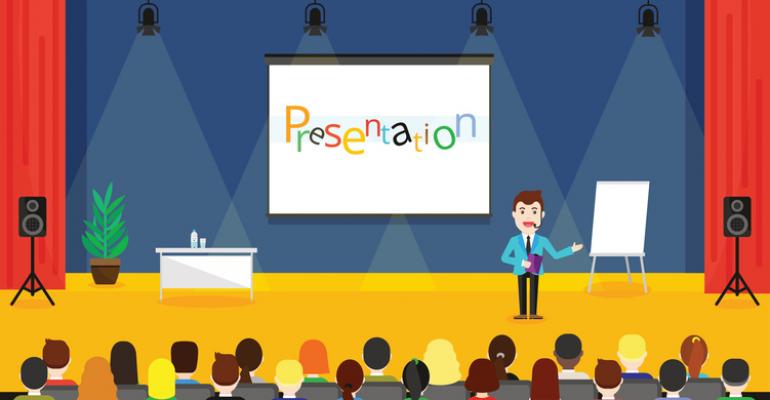 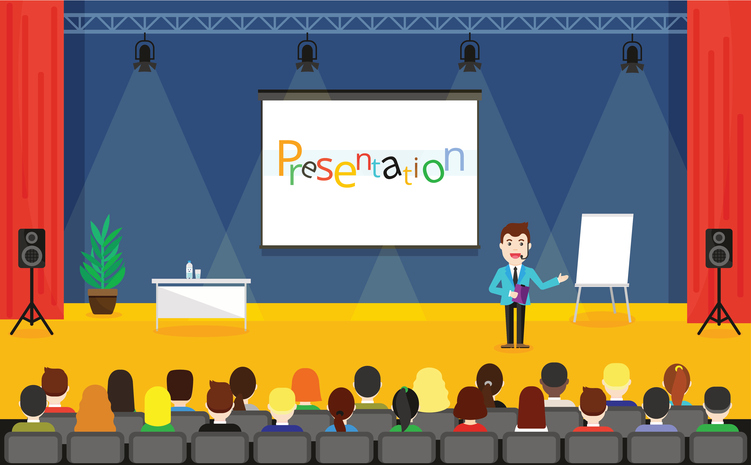 Looking to maximize your impact at your conference’s general sessions? Here are five simple, no-cost ways to amp up the energy, professionalism, and theatricality.

1. Introductions: Leave the name for last
When introducing the next presenter—either by the disembodied announcer (a.k.a. the Voice of God or VOG) or the presenter currently on the stage—build, timing, and punch are key. Try leaving the name for last.

Let’s say you are on stage introducing Bob Smith. You say, “Ladies and gentlemen, please welcome Bob Smith, the chairman of the board for the Mechanical Contractor Coordinators of America, and the president and CEO of Armature Electrical Contractors of Western Sheboygan!” Well, Bob heads for the stage when he hears his name, so before you are even done with the title, he’s standing next to you. As a result, no walk-on music and no applause moment—or they’re truncated, at best.

Instead, try putting his name at the end: “Ladies and gentlemen, please welcome the chairman of the board for the Mechanical Contractor Coordinators of America, and the president and CEO of Armature Electrical Contractors of Western Sheboygan … Bob Smith!” This way, you now have the build up, the timing, and the punch needed to give Bob his theatrical entrance with music and applause.

Be particularly careful about the sightlines from the outer edges of the seating sections of your audience. Without the right baffling, they can see backstage, and this ruins all sense of theatricality and impact for them.

3. Adjust the Stage Shape
All too often we’re stuck using the stage decks supplied by the event venue. (Venue representatives like to call them “risers,” which is inaccurate but pervasive.) The decks are usually 6 feet by 8 feet and come in heights of 12, 18, and 24 inches. Some will go up to 32 inches tall. Here are some tips for stage setup:

• Always go as tall as possible. That may sound obvious, but far too many shows are presented on short stages, forcing the audience to strain to see.

• Vary the heights. A tiered stage allows for far more interesting looks, especially when large groups are on the stage. Your board of directors will look far more impressive standing on multiple heights in rows, than as a mob on one level. This is true for bands, choirs, and other performing ensembles as well.

• Play with the shape of your stage. Rectangles are not the only shape a stage can be. Even if you only have 6-foot-by-8-foot decks, you can still create triangles and “thrusts” (runways or extended stage elements that jut out into your audience).

4. Lectern: Move it or Lose it
Many call it a podium, but it’s actually a lectern, and, well … it’s in the way. While some presenters absolutely insist on having a lectern, if you can go without, do. A lectern puts a physical barrier between the presenter and his or her audience. It also plants your presenter in one spot for their entire presentation. Your audience wants to feel engaged, invited to join the speaker on his journey. A lectern inhibits that and creates a feeling that the audience is being lectured to.

There is a reason that the most successful online speaker series in history, TED Talks, never uses a lectern. But if you have to have one, here’s what to do:

• Don’t put the lectern front and center. This creates too much of a traditional classroom lecture feel. It’s also in the way for the next presenter who chooses not to use it. And it’s in the way for performers, so your stagehands have to interrupt the show to come and remove it. If you have a floor-to-ceiling screen behind the stage, every move of that lectern is clearly seen by the audience, even if the stage is dark.

• Don’t attach a microphone. Let your presenters wear wireless lavaliere or headset microphones. That way your lectern can be moved far more quickly and without having to move and adjust cables. This also makes your camera shot at the lectern much cleaner.

5. Make Your Keynote Rehearse
Nothing derails a great show like a crew that doesn’t know what is about to happen. The first thing to go wrong will likely be whatever was least rehearsed.

Professional keynote speakers love to provide their graphics (PowerPoint or Keynote) decks at the last minute, show up unrehearsed, and tell the crew, “Oh, you’ll know where the slides go.” While professional show-callers and graphics operators can be masters of their crafts, I’ve yet to meet one who was psychic. Insist on having your speakers rehearse. They will balk at this, but you are paying them; they work for you.

Bonus Tip:
One final thought that will improve the flow of your keynoter’s presentation: Incorporate black slides to transition from graphics to camera.

If you have multiple screens or are using picture-in-picture elements on a wide screen, then you can show both graphics (slides) and IMag (the camera on the speaker) at the same time. But, 90 percent of the time, you will have two screens flanking the stage, both with the same image, either IMag, graphics, or videos. So, during the keynote speech, the crew has to decide when to have slides and when to go back to camera.

Of course, you can let the presenter control the slides by using a Perfect Cue system, keeping slides on the screens the whole time. But that can be boring for your audience if the same slide stays up for a long time. So, what do you do—go to camera? Yes. But invariably, half a second after the crew switches to IMag, the presenter moves on to his next slide, which means an abrupt and obvious switch right back to graphics.

The simple solution: tell your presenter to put in black slides for those spots in his presentation when he or she wants to tell the crew that it’s time to go back to camera. The black slide indicates that the speaker is done talking about this slide, but is not ready for the next one. The crew sees the black and switches to IMag. To the audience, it looks like a simple transition. When the presenter is ready, he or she simply advances to the next slide. The crew backstage sees this on their screens and quickly switches the stage’s screens to show the slide. It’s seamless, effective, and easy.

In sum—when it comes to your general session’s live shows, not every decision needs to break the bank. These simple techniques will enhance your audience’s experience, streamline the show for your presenters, and maximize your show’s overall impact, at no additional cost to you or your organization. 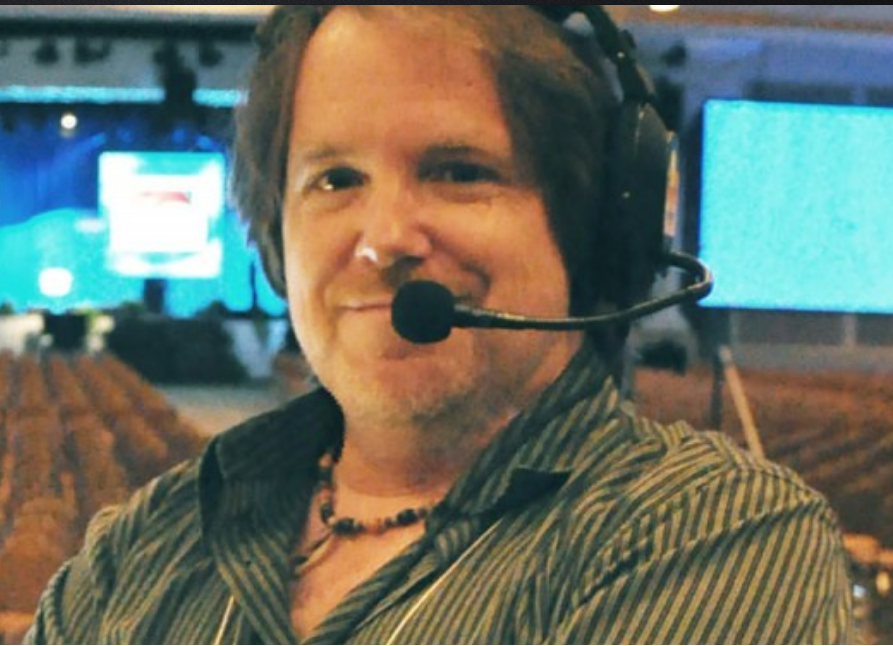 Scott Babcock is senior event producer at PCI, a marketing agency specializing in audience engagement through strategy, video, event production, digital services, and design. He coordinates and oversees all audiovisual and multimedia technology for PCI’s major corporate and not-for-profit clients.