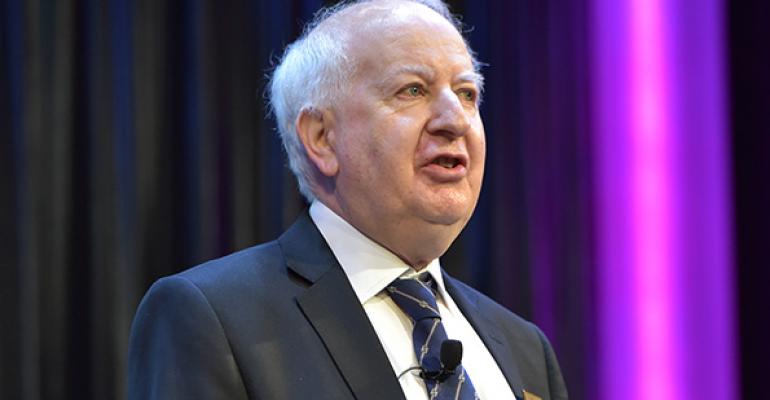 There was a lot of business committed at IMEX America 2016 as the show broke its own records on a number of key metrics. At the Sands Expo and Convention Center at The Venetian in Las Vegas last week, 3,250 exhibitors—a 4.8 percent increase over 2015—met with the more-than 3,000 hosted buyers who attended this year, another record turnout.

And yes, they did meet. There were more than 60,000 individual appointments and booth presentations during the Oct. 18–20 expo; group appointments accounted for another 10,000 meetings between buyers and sellers on the show floor this year.

At a press conference on the last day of the expo, IMEX Group Chairman Ray Bloom credited an innovation in the show’s appointment-scheduling system for helping to make all those appointments more productive. This year, the system asked buyers to list the reason for the meeting when they made an appointment, and also invited them to attach a profile or a short-form request for proposal. This raised the proportion of appointments with RFPs attached from 51 percent in 2015 to 69 percent this year. This helped both buyers and seller better prepare for their meetings, said Bloom.

To help buyers connect with each other more easily, the show organizers enlisted Zenvoy’s business networking software. By mid-show, more than 3,000 introductions had already been made through the system, with more expected to follow.

And many also connected at the many satellite events held in conjunction with IMEX America, which included SITE Nite North America, the Convention Industry Council Hall of Leaders Reception, the CEIR Golf Classic, and the MPI Foundation Rendezvous and IMEX America Night. The IMEXrun was so popular that it had to shut off registrations after 800 signed up for the early morning fun run down the Strip. Another popular activity was the Garbage-Grabbers Clean Up Las Vegas corporate social responsibility event organized by the Outside Las Vegas Foundation.

Education Also on the Upswing
Smart Monday, the pre-expo day dedicated to education powered by Meeting Professionals International and supported by 10 meeting and hospitality association partners, was a magnet for a record 1,000 delegates this year. While many participated in sessions on everything from the latest research on incentives to technology like Instagram and beacons, new programs for Association Focus, the Executive Meeting Forum, and the Professional Convention Management Association Business School also were well-received by attendees.

Between the daily keynotes, Smart Monday, and sessions held throughout the expo on the trade show floor, IMEX American 2016 participants had a record 269 sessions to choose from, 86 percent of which were good for credit hours toward Certified Meeting Professional certification or recertification. Most of the show-floor educational sessions were in the form of breakouts and campfires at the education hub and other select areas on the show floor. However, there also were several “tours”— expert-led excursions on which small groups of headphone-wearing participants went to select booths to learn about event technology, innovation, and sustainability from exhibitors. Another new feature for 2016 was a Senior Planner Open Forum for those with more than 10 years of experience.