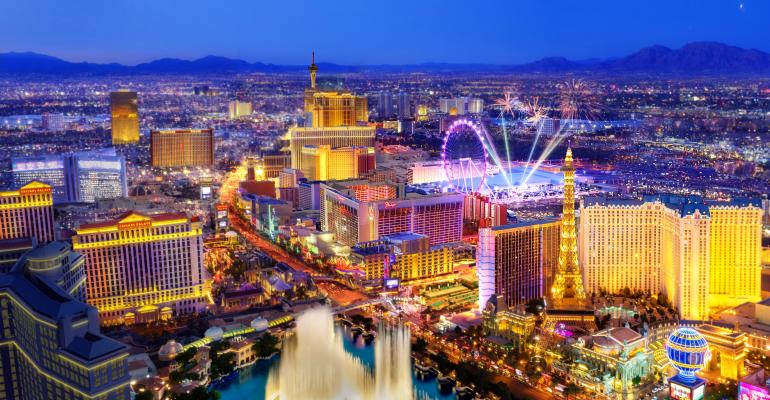 The Professional Convention Management Association has announced the destination cities for its 2022 and 2023 Convening Leaders events. The annual education and networking conference is already booked for San Francisco in 2020 and Houston in 2021, but today’s announcement revealed the 2022 destination to be the much-heralded CAESARS FORUM, part of the Caesars Entertainment empire in Las Vegas.

During the event, which will run January 9-12, 2022, attendees will be able to check out the two largest pillarless ballrooms in the world set within the 550,000-square-foot conference center that’s slated to open in March 2020. PCMA President and CEO Sherrif Karamat, CAE, said of the event’s host, “Caesars Entertainment has demonstrated its commitment to the economic and social power of business events with the opening of CAESARS FORUM in Las Vegas.”

The host venue for PCMA’s 2023 Convening Leaders has also shown a commitment to the meetings industry with a $1.4 million renovation and expansion that was completed in 2017. The 1.8 million-square-foot Greater Columbus Convention Center in Columbus, Ohio, will play host to the event from January 8-11, 2023, offering 2,700 hotel rooms adjacent to the center and more than 5,000 more rooms in the city’s downtown area. The facility was the first convention center in the United States to become sensory-inclusive certified and upgraded its security for the American Society of Association Executives’ annual event this past September.