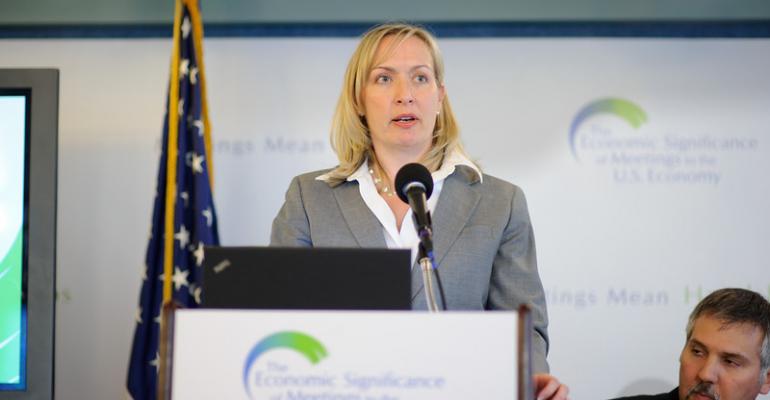 The Convention Industry Council has released its new "Economic Significance of Meetings to the U.S. Economy" report, an update to a 2009 study, which had been conducted during the depths of the economic recession. The new figures show significant increases in meeting participants, tax contribution, and job growth from 2009 to 2012.

During the 2012 calendar year, 1.83 million meetings were held in the U.S., attended by 225 million participants—a 10 percent increase in attendees since 2009. Those events provided more than $115 billion in contribution to GDP, and employed nearly 1.8 million people. “That translates to 8.3 percent more jobs created by meetings in 2012 than in 2009, nearly double the average employment growth rate during that time,” said Karen Kotowski, CMP, CAE, chief executive of the CIC. “Meetings increased employment at a time when many industries didn’t have the same opportunity.

MeetingsNet asked Roger Rickard, founder & chief advocate, Voices in Advocacy, what the trickle-down effect would be to meeting managers. “These economic numbers prove that live face-to-face engagement is alive and well as the go-to tool in providing adult education, knowledge transfer, sales, and revenue to organizations,” said Rickard, a well-known spokesperson for grassroots advocacy in the meetings industry. “The sheer number of off-site meetings in the U.S. is confirmation that organizations value this type of engagement and value it as part of their business success. These numbers can used by meeting managers as evidence that well thought-out, well-planned, objective-driven meetings are and should be used as a major vehicle for achieving organizational goals.”

“Total economic output of meetings was valued at $770.4 billion dollars in 2012, a staggering figure,” added Kotowski. “Not only does that mean more meetings were held—they were attended by more people.”

Meetings also help local economies through taxes generated. The new data show meetings contributed $88 billion in federal, state, and local taxes to fund and support communities across the country. The majority of meeting participants in 2012 traveled 50 miles or more to attend a meeting—consuming hotel rooms, restaurant meals, and transportation services.

As a coalition member of Meetings Mean Business, CIC will use the updated research in the broader campaign to define and broadcast the link between meetings and business success.

“Meetings really do mean business and we are proud to say that our industry is using one voice to ensure policymakers, consumers, and business leaders truly understand our worth and impact,” said David DuBois, president of IAEE, chairman-elect of CIC, and leading coalition member of the Meetings Mean Business campaign.

For an executive summary of the research, visit http://www.significancestudy.org.

TAGS: Professional Development
0 comments
Hide comments
RECOMMENDED FOR YOU
7 Things You can do to Save Meetings
Apr 01, 2011
Voices: What Surprised You About the Convention Industry Council's Economic Significance of Meetings Study?
Apr 01, 2011
Meetings Industry Measured at $263 Billion, Says Major New Report
Feb 18, 2011