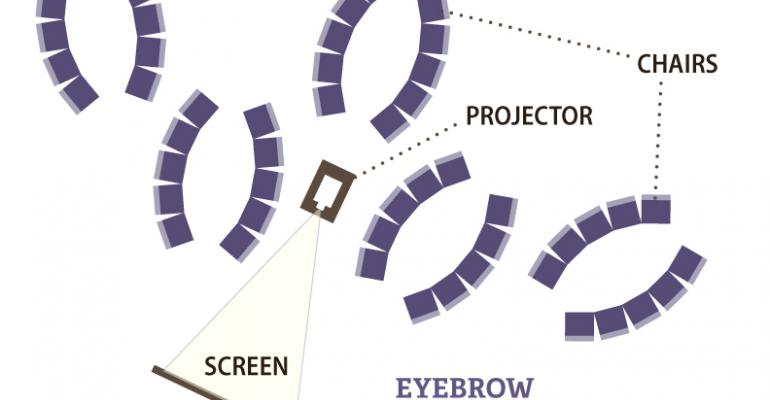 An Experimental Seating Lab for Meetings: Find Your Best Setup

Hurt, executive vice president of education and engagement for Velvet Chainsaw Consulting, had attendees move from set to set, doing interactive exercises and talking about how each set made them feel. Here is a description of each and some of the pros and cons the group discussed. 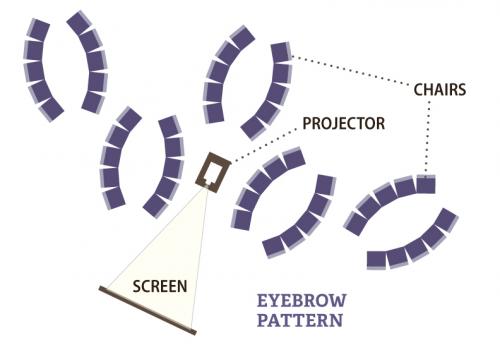 This format had two crescent-shaped rows of five chairs facing each other. It was one setup most of the attendees had never seen before. Its intimate feel seemed best for sensitive conversations, debates, or discussions when you need to drill down on a topic. This participant-centric seating makes it easy for the entire group to engage. However, women with skirts or dresses felt exposed because there were no tables to hide their legs. 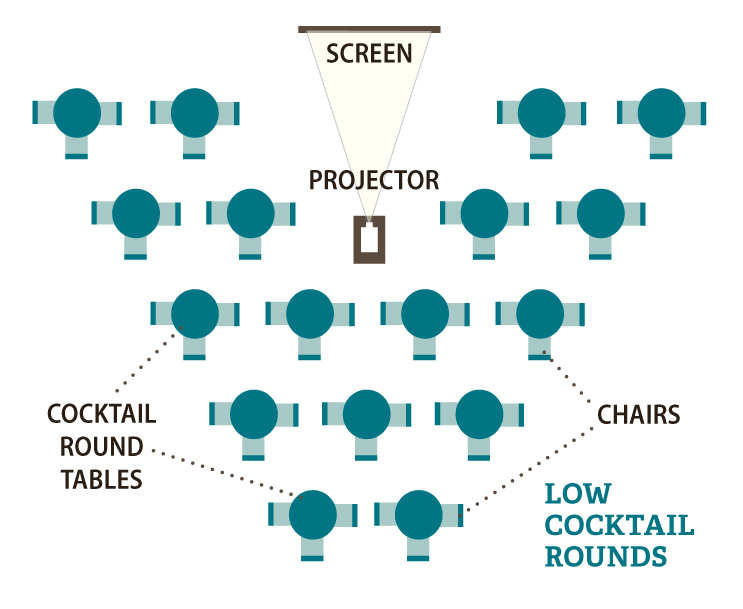 The café-style setup featured small cocktail rounds, each with three seats, around the main speaker and screen.  This layout works well for all types of learning and reflection. It is designed for a discussion with a small number of people, but the groups shifted chairs around as needed to accommodate additional people. Most wanted at least three people per table—preferably four—for a good discussion. 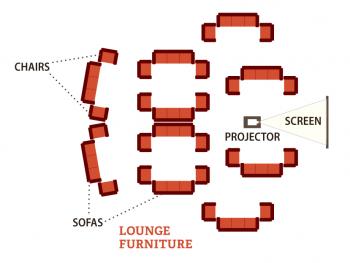 Many attendees were drawn to the lounge format with its comfy chairs and couches, but it quickly became clear that it was difficult to carry on a conversation with anyone beyond the person sitting immediately to your right or left. It was not an appropriate set for brainstorming, but would be good for putting people at ease, light reflection on what a speaker has just said, or for light, general discussion among a group. This setup lends itself to an expert-centric (one-way) presentation. Also, since comfy couches and chairs typically are not in stock at hotels, a budget for furniture rental would need to be considered. 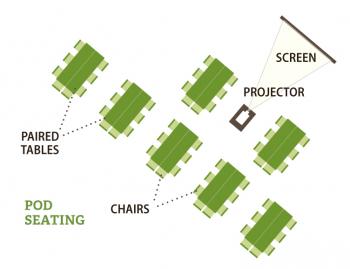 This room setup had two six-foot, classroom-style tables facing each other, with three seats on either side and one at each end. Hurt noted that this set is typically three classroom tables in a semicircle around a screen, with three people on each side, allowing the facilitator to walk into the open end of each U-shape for conversations with participants. While the person at the end of the table had to turn her chair to face the speaker in the middle of the room, it was still excellent for small-group discussion.

This article was originally published at MeetingsNet.com in 2013.