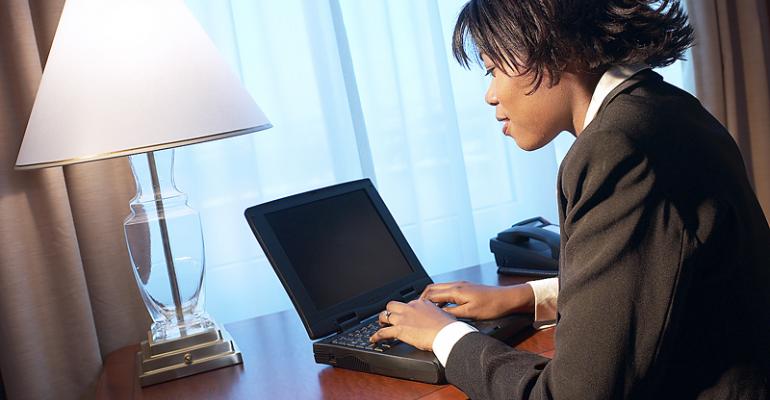 Pair of Studies: Wi-Fi Critical for Business Travel and Events

“Internet should be like air … It should be free,” said one senior meeting planner in a study by a team of graduate students from New York University’s Preston Robert Tisch Center for Hospitality, Tourism, and Sports Managementworking in collaboration with the Incentive Research Foundation.

Meanwhile, 82 percent of the 1,375 business travelers recently surveyed by iPass said they find free hotel Wi-Fi to be “limited, slow, and unreliable.”

That’s the crux of the current disconnect between meeting planner and attendee Wi-Fi expectations and hotel and venue Wi-Fi capabilities. The bottom line seems to be a need for more infrastructure investment on the part of hotels and more willingness to share that cost on the part of users.

Travelers Will Pay for Good Connections
The Q3 Mobile Workforce Report from iPass, which provides wireless Internet access via a global network of hotspots, reveals that among mobile workers (defined as any employee using any mobile device who accesses a network for work purposes), “quality Wi-Fi is now a make-or-break proposition” when it comes to hotel satisfaction.

In fact, in rating the importance of various hotel features, nearly one-third of respondents put “high-quality Wi-Fi”—even if they have to pay for it—as their first or second priority, ahead of restaurants and bars, a gym, and a TV. More than half put free Wi-Fi, even if it’s not very good, ahead of those other features. Only a comfortable bed was more important than being connected, according to respondents. And 74 percent of them said that a poor Wi-Fi experience would be enough to prevent them from returning to that hotel for another visit.

• More than 9 in 10 respondents said they stay connected on vacation so they won’t fall behind while they’re away, with more than half logging in several times a day to work.

• 54 percent of respondents own an iPad, while 36 percent said they own another type of tablet. (There could be overlap between these two groups.)

• 86 percent of respondents intend to buy some brand of tablet in thenext six months. (The study did not break out how many of these respondents are current tablet owners.)

• 51 percent of respondents would be willing to pay for inflight Wi-Fi.

The iPass survey was conducted between June 27, 2013, and July 19, 2013, and represented employees across varied locations and profile demographics, with the common denominator being that they identified themselves as employees who travel for business purposes.

Small Group Study
The study conducted by NYU graduate students in conjunction with the IRF was a qualitative study based on interviews with a very small group of people employed in the meetings industry. This group included nine meeting planners (eight of them from insurance or financial services companies), six third-party vendors (three technology consultants, two speakers/educators, and one meeting design professional), and four venue representatives (one from “luxury small properties sales,” one from an incentive-focused property, and two from large hotel chain sales).

Researchers interviewed the group about event technology that they expect will spark the most changes in the meetings industry in the next five to 10 years, namely virtual meetings, social media, and mobile apps.

Of course, underpinning all of these technological meeting enhancements is solid high-speed Internet access at the meeting venue. Wi-Fi connections are “the single-most important feature for planners and venue hosts,” the report states. Viewing Wi-Fi as the new “basic utility,” planners “generally feel it should be free or more reasonably priced rather than a luxury add-on.”

Some of the other findings:

• Many respondents said they view social media as a double-edged sword: It can enhance the experience and event marketing, but it can also be a time-consuming distraction.

• Then again, only three of the nine planners had used social media in relation to a meeting or incentive program, and those three said

it boosts engagement and extends the life of an event.

Mobile Apps
• Respondents see the primary benefits of mobile meeting apps as: ease of disseminating information, a way to engage participants, and convenience in not printing handouts.

• Five of the nine planners had used mobile meeting apps, and a sixth planner was intending to use an app for the company’s next program.

• Some planners expressed frustration that only 50 to 60 percent of attendees ever downloaded their app.

Using Tech Tools Succesfully
To drive successful technology adoption, according to the report, planners must:

• articulate what they hope to achieve by implementing the technology

• garner support of the meeting owner

Overall, technology adoption ultimately will be driven by the perceived usefulness and perceived ease of use of the tool, the report concludes.

Next Steps
The project identified gaps in existing literature: whether technology enhances or detracts from business meetings and incentives, and how its effectiveness can be measured.

Only two of the nine planners interviewed use meeting objectives that can be quantified (specifically, producer retention analysis and productivity analysis), the report states. Most others only collected statistics and feedback at the most basic levels of measurement.

While the research did not unearth anything new, the 133-pagereport includes an interesting history of event technology use, along with references to other studies and articles on virtual meetings, social media, and mobile meeting apps. It also offers a comprehensive sample study planners could use to collect information and opinions from their own attendees regarding technology use at meetings and incentive programs.

The report is available for download at the IRF Web site.