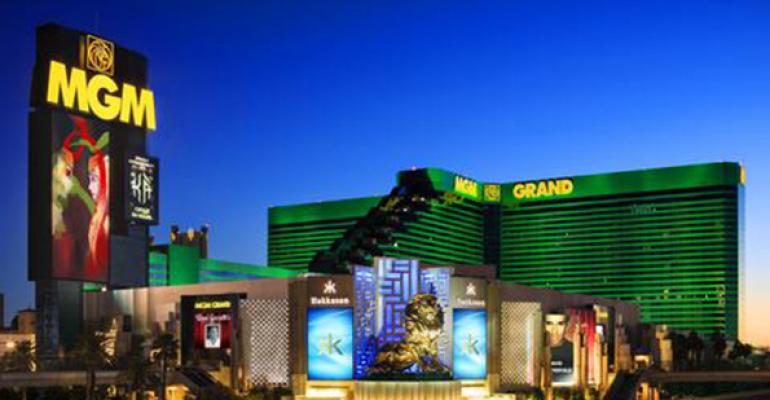 Beyond “Dumb” Internet: Get Ready for the Really Cool Networked Event

Last year we published a comprehensive guide to high-speed Internet access at meetings. Then we blinked.

We wrote about attendees with two devices downloading video. Now they’re probably carrying three, all running high-bandwidth apps. “It’s an exponential growth in demand,” says Christos Karmis, president of Mobilitie, a provider of wireless network and other telecommunications infrastructure. “Any network built even a few years ago has nowhere near the robustness necessary.”

Not only that, meetings and conventions of the future (by which we mean the short-term future—no one knows what the longer term will bring) are going to provide a completely different experience for attendees, one that has to be facilitated by Wi-Fi and cellular networks that go beyond what is available today. It will be an experience where:

• An attendee looks at her smartphone in her hotel and follows step-by-step directions to a particular breakout room or exhibitor booth (maybe with a stop at Starbucks first).

• Sponsors target subgroups of attendees and get specific messages broadcast to those groups.

• Attendees have access to customized mobile content and features based on the different log-in passwords meeting organizers create in concert with venue staff and on-site staff from the Wi-Fi network provider.

• Attendees don’t have to be in the ballroom for the general session, because it will be live-streamed to all users of the convention network. This is not the hybrid meeting concept. This is an attendee on site multitasking his way through your event, watching your presenter live, but not stuck in a seat.

(Can’t quite imagine that last one? If you’ve been to a huge sports arena in the past year, you may have already seen it. Writing in the New York Times last March, Natasha Singer set the scene at the Barclays Center in Brooklyn, home of the Brooklyn Nets: “Last month, the center introduced the latest thing in virtual spectatorship: an app that streams three different high-definition video feeds for stadium visitors who want to use their smartphones and tablets to follow the game they have come to see in person.” And how about this: There’s an app that tells you which stadium concession stands have the shortest lines. Imagine the possibilities for hotel restrooms at meeting breaks…)

Constantly Connected
A planner can make all that happen now, for meetings in Las Vegas. Working with Mobilitie, MGM Resorts International recently completed the final phase of a Wi-Fi network and DAS (distributed antenna system; i.e., super-beefed-up cellular connections with all carriers) that offers seamless Wi-Fi connection throughout its nine properties in Las Vegas—what Mobilitie’s Karmis calls the largest contiguous hospitality Wi-Fi network in the country. It can support 120,000 concurrent users.

So no matter which hotel is housing your attendees, they can wander among the meeting rooms, slot machines, pools, restaurants, and lobbies of MGM Grand, Bellagio, Mandalay Bay, The Mirage, Monte Carlo, New York-New York, Luxor, and Excalibur, and keep that precious connection without having to log into separate networks as they go.

In fact, anyone in the neighborhood can do that. Planners, however, will get a higher level of service for meeting attendees (up to 10 Mbps per attendee) and therefore won’t worry that attendees’ online experiences will be diluted by the other wanderers on the Strip.

So how does this trickle down to meetings that aren’t held at Vegas complexes where tens of thousands of attendees are the norm? For one thing, the growth in mobile use is continuing everywhere. According to the current Cisco VNI Global Mobile Traffic Study, by 2018 there will be 5 billion mobile users (up from 4.1 billion in 2013) and 10 billion mobile-ready devices and connections (up from 7 billion in 2013). These increases will drive an 11-fold growth rate in mobile traffic.

That means hotels and convention centers need to concentrate their infrastructure improvements on the cellular carriers as well as on Wi-Fi networks. Technologies such as distributed antenna systems and multi-beam antennas (recently invented by AT&T engineers, who are already working on something more powerful, a “super multi-beam antenna”) expand cellular service, bring it indoors, and support multiple wireless carriers.

So one new question for meeting planners to ask their venues’ tech chiefs is whether they are running a DAS in addition to a Wi-Fi network, says Karmis. If they are, confirm that all the wireless carriers are in fact included.

Second, know who is providing the Wi-Fi network, and if there will be full-time employees on site managing your traffic. For meetings and conventions, the days of “dumb Internet” are over, Karmis says. You already know to ask how much guaranteed bandwidth can be delivered. Now ask if the property “has a policy-based management capability to properly manage capacity demands across the network,” he explains. That means giving your attendees their premium connection regardless of how many other people are using the venue’s free Wi-Fi.

On-site managers monitor access points, ensuring that as attendees walk from point to point they are kept seamlessly connected, and they become are aware of issues immediately and can address them before a user has to report a problem. They also keep the network up to date with software upgrades. “With high-density, robust Wi-Fi,” Karmis says, “it’s not just a set-it-and-forget-it approach.”