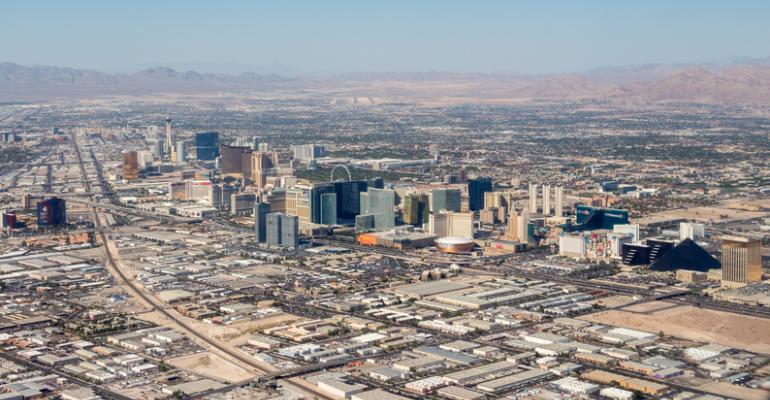 A Thirst for Sustainable Events in Vegas

With a big jump in population in the 21st century, Las Vegas and its suburbs have implemented many ways to conserve water—and not a moment too soon.

Want to see just how quickly the Las Vegas valley has grown, and is growing still? Check out this article from the Las Vegas Review-Journal, which charts the rate of building construction over the past century—and highlights the rapid growth of the past 25 years and the corresponding spike in population.

Clark County, which includes Las Vegas, Henderson, and Summerlin, first broke the 1-million-resident mark in 1995. Today, the county’s population is 2.4 million people, and by 2035 there will be more than 3 million residents to go along with the more than 40 million tourists who pass through each year.

With the huge growth that’s happened in this Mojave Desert valley, however, comes big concerns about sustainability—specifically, the availability of fresh water. Due to years of drought in the region, Lake Mead, the largest reservoir in the United States located 24 miles outside Las Vegas, has fallen to just 27 percent capacity—a level not seen since the lake was first formed by construction of the Hoover Dam in the 1930s.

This situation might give pause among some meeting groups who are focusing more intently on holding sustainable events. However, this article from CNN.com details the comprehensive water-conservation efforts happening in and around Las Vegas—including the capturing of all water used indoors so it can be treated and returned to the lake.

“We could turn on every shower and every sink in every hotel room on the Las Vegas Strip, and it wouldn’t increase the amount of water we deplete from the Colorado River because all of that gets cycled back through our wastewater system” and goes back to Lake Mead, notes Bronson Mack, public outreach officer for the Southern Nevada Water Authority, in the CNN article.