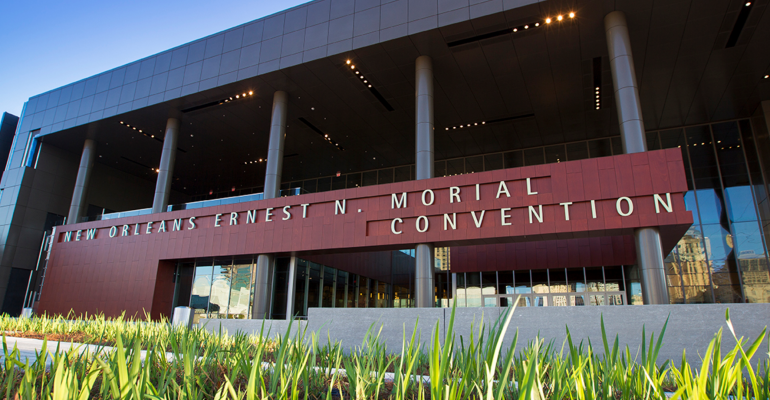 Hurricane Barry disrupted Delta Sigma Theta’s annual meeting, but not its mission to do good.

Last week, the 16,000 attendees at Delta Sigma Theta’s biannual conference in New Orleans were informed that the event would end two days early, on Friday, July 12, due to the imminent arrival of Hurricane Barry. The sorority, formed in 1913, is committed to public service and supporting national economic development and education programs, so despite having to cancel its 54th National Conference the organization chose to make its loss someone else’s gain.

Prepared meals and frozen ingredients from Centerplate, the New Orleans Ernest N. Morial Convention Center’s in-house caterers, that were scheduled to be served at the Sisterhood Luncheon and closing night Soiree Celebration were instead donated to the Second Harvest Food Bank of New Orleans. According to Nola.com, that included 17,000 portions of chicken breast, potatoes au gratin, mac and cheese, and flourless chocolate cake.

Delta Sigma Theta’s National President and CEO Beverly E. Smith said in a press release, “While the decision to conclude our convention was a decision we did not anticipate making, I am confident that the best choice was made to not only protect our members but also all those who have helped to make our time in New Orleans a success.”