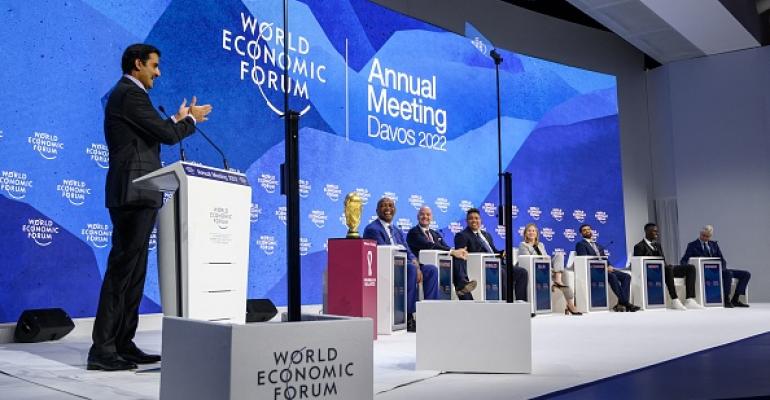 While it could be a mostly symbolic gesture from top business leaders, news from the Davos conference might represent something truly meaningful in the realm of sustainable events—especially given the results of a recent business-traveler survey.

For the exclusive World Economic Forum taking place from May 22 to 26 in Davos, Switzerland, organizers have encouraged their European attendees to travel to and from the event by train rather than by plane. Calling climate change a priority to the organization and to its membership of corporate executives and billionaire investors, the conference’s leaders have acknowledged that “from an environmental perspective, taking a private jet is the worst way to travel to Davos.”

Granted, a one-time inconvenience in the form of a train ride might seem a superficial gesture from the most influential businesspeople in world. But there’s also an April survey from SAP Concur that found that even among rank-and-file business travelers, there is interest in making inconvenient adjustments to their travel plans if it means reducing their environmental impact. In the survey of 1,000 business travelers, fully 88 percent said they were willing to make such changes.

These sentiments come even in the face of recent complications around business travel due to industry-wide staffing issues. Some proof from the survey: Eighty-nine percent of business travelers have been forced to take unexpected steps recently because of difficulty booking transportation and lodging. The most-reported steps were canceling or rescheduling meetings (38 percent), spending additional unplanned days on a trip (37 percent), and incurring additional travel expenses (34 percent).

In an April earnings call for United Airlines, CEO Scott Kirby said that "the pilot shortage for the airline industry is real, and most airlines are simply not going to be able to realize their capacity plans because there simply aren't enough pilots, at least not for the next five years.”

This could be another factor that pushes organizations towards coordinating meetings where more attendees are able and willing to use transportation methods other than airplanes.

On Earth Day, Some Attendee Perspective on Event Sustainability
Apr 21, 2022