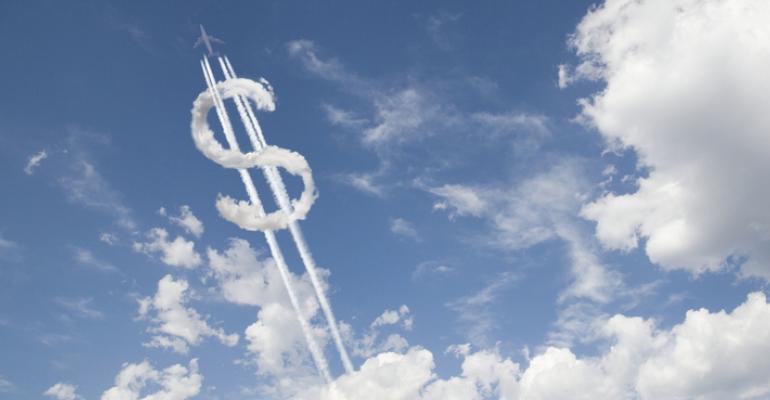 The company’s carbon-emissions fee on employee air travel is going up 566 percent.

If you have Microsoft employees flying in to attend your events, know that their participation will start costing them a bit more this year. That’s because the company has just raised the carbon fee it charges its traveling employees by a lot.

In a March 10 post on the official Microsoft blog, Brad Smith, president and vice chair, and Lucas Joppa, chief environmental officer, presented an update on the company’s sustainability commitments. They outlined the company’s progress on emission outputs, noting that direct emissions from company operations (referred to as Scope 1) and indirect emissions from purchased electricity (Scope 2) have both gone down significantly. However, other indirect emissions from areas such as distribution, use of products sold, employee commutes, and business travel (Scope 3) have not seen the same kinds of improvements.

Among Microsoft’s new efforts in this last area will be an increase in its self-imposed fees for travel. The blog post explained it this way: “We are restructuring and increasing our internal carbon fee to help incentivize more aggressive measures to reduce Scope 3 emissions and better match the underlying cost of carbon abatement. For example, the Scope 3 business travel fee will increase to $100 per mtCO2e [metric ton of carbon dioxide equivalent] in our next fiscal year to better support the purchase of sustainable aviation fuel.”

According to this article in ZDNet, the previous fee was just $15 per metric ton of carbon dioxide equivalent.

How much is that in practical terms? On average, flights generate greenhouse-gas emissions of a quarter ton CO2 equivalent per hour. That means a Microsoft employee taking the five-hour direct flight from the company’s Redmond, Wash., headquarters to a conference in Orlando will pay a fee on about 1.25 metric tons CO2 equivalent. Roundtrip, that’s 2.5 metric tons. In the past, the carbon fee for travel to and from the conference would have been about $38. Moving forward it will be $250. If a four-person team wants to attend, that’s a $1,000 carbon tax.

Microsoft isn’t the only organization working toward its emissions goals by taxing travel. In fact, the University of California has charged carbon mitigation fees for organizational travel since 2018 ($9 for domestic round-trip flights and $25 for international round-trip flights). But the size of Microsoft’s fee—high enough to encourage travelers to rethink the number of flights they take each year, or for a department to consider sending fewer attendees to an event—is a development that, if matched by other organizations, could have an impact not only in emissions goals but also spur airlines to more quickly improve the carbon footprint of the flights they offer.